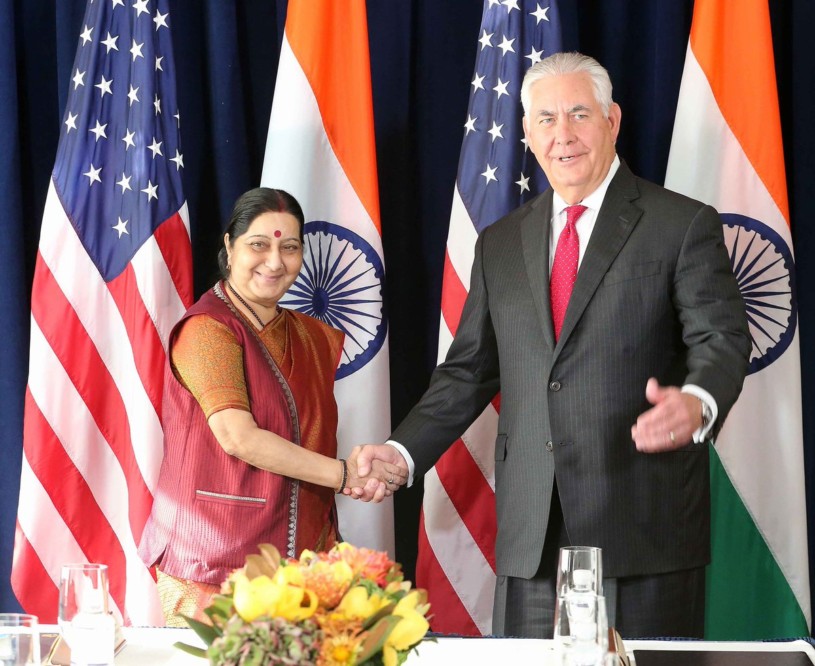 Washington– Ahead of his India visit, US Secretary of State Rex Tillerson said on Wednesday that the US expects Pakistan to take decisive action against terrorist groups, and warned that countries that use terror as an instrument of policy will only see their international reputation diminished.

Tillerson, who said that he would be visiting New Delhi next week for the first time in his official capacity, also said that US President Donald Trump’s administration was “determined to dramatically deepen” ties with India. 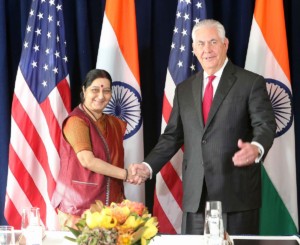 “In the past decade, our counter-terrorism cooperation has expanded significantly,” Tillerson said while delivering an address on ‘Defining Our Relationship with India for the Next Century’ at the Center for Strategic and International Studies, a top US think-tank.

Speaking about peace and stability in South Asia and especially in Afghanistan, Tillerson said that apart from India, Pakistan too was an important partner of the US in this.

“We expect Pakistan to take decisive action against terrorist groups based within their own borders and threaten their own people and the broader region.

“In doing so, Pakistan furthers peace and stability for itself and its neighbours and improves its own international standing,” he said.

He said that the US and India were cross-screening known and suspected terrorists and later this year Washington and New Delhi would convene a new dialogue on terrorist designations.

“In July, I signed a designation that Hizbul Mujahideen is a foreign terrorist organisation because the United States and India stand shoulder-to-shoulder against terrorism.

“States that use terror as an instrument of policy will only see their international reputation standing diminished.” he stated, adding that it was the obligation, not choice, of every civilised nation to combat terrorism.

On the growing India-US ties, Tillerson said that President Trump and Indian Prime Minister Narendra Modi were committed more than any of the leaders before them “to building an ambitious partnership that benfits not only our two great democracies but for other sovereign nations working for greater peace and stability”.

“The Trump administration is determined to dramatically deepen ways for the United States and India to further this partnership,” he said.

The Secretary of State said that there were over 600 American companies operating and US investment in India has jumped by 500 per cent in the last two years. He also pointed out that last year bilateral trade attained a record of roughly $115 billion.

He said that 1.2 million Americans visited India last year while 166,000 Indian students were studying in the US.

He also lashed out at China and said that the dragon, while rising alongside India, “has done so less responsibly at times undermining the international rules based order”.

“Even as countries like India operate under a framework to protect other nations’ sovereignty, China’s provocative actions in the South China Sea directly challenge international law and norms that the United States and India stand for.”

Tillerson also said that the US needed to collaborate with India to ensure peace and stability in the Indo-Pacific region so that it did not become “a region of disorder, conflict and predatory economics”.

He said that the US-India-Japan trilateral maritime exercises would work to strengthen the security architecture of the Indo-Pacific region.

His remarks comes as US Ambassador to the UN Nikki Haley has said that India can help the US keep an eye on Pakistan as President Trump has “taken tougher approach to Islamabad harbouring terrorists”.

“America’s overriding interest in Afghanistan and throughout South Asia are to eliminate terrorist safe havens that threaten us. And to keep nuclear weapons out of the hands of terrorists, we will use all the elements of our national power economic diplomatic and military to pursue these goals,” she said.

“Pakistan has been a partner to the US at times. We value and respect that. But, we cannot tolerate this government or any other government giving safe haven to terrorists who target Americans. This new approach will require understanding and restraint from both Pakistan and India,” she said at a talk at the US-India Friendship Council.

The US is looking at India to help Washington more in Afghanistan particularly in economic and development assistance.

“We are really going to need India’s help in Afghanistan. They are the good neighbours and partner that we have in the region,” she said.