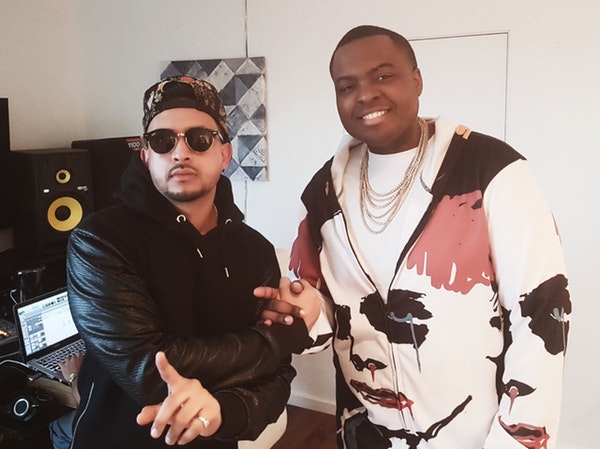 This catchy Hindi-Punjabi-Mainstream crossover dance track, has garnered over a million views on YouTube alone in only a few days.

Kingston, known for his solo mega hit singles ‘Beautiful Girls’ and ‘Fire Burning’ as well as collaboration hits with Justin Bieber, Chris Brown, Wiz Khalifa and Nicki Minaj, has ventured into the Indian music industry for the first time with ‘Saare Mundeya Nu’.

The song’s massive success comes as no surprise considering the singer’s talent and decision to collaborate with one of Bollywood’s most promising artists and rising stars, Parichay, known for his fresh, cutting-edge sound that combines elements from the east & west with impeccable finesse .

“Sean is incredibly talented. While jammin, he literally sang his verse straight into the mic without physically writing a single word down. We were all in a great vibe and that’s why we created magic with this record. After seeing the response, I am thinking about doing a mainstream version of this track with just the hook in Punjabi” adds Parichay.

The music video, which was partly shot in Sean’s mansion in Hollywood Hills and other parts of LA, first received an ‘Adult’ certification from the Indian censor board for its racy scenes but was later re-edited for TV. The unedited version, however, is live on YouTube. Kingston, who recently released an upcoming 20-show Canadian tour schedule is excited about touring India soon. He stated “Parichay told me we should rock an India tour once this track is out. I told him I’m game and look forward to rocking with the fans there”

With a hit track on hand, a music video that has caught everyone’s eye, and a repuatation of being world-class live performers, will this duo be seen rocking clubs and stages in the Indian sub-continent anytime soon? Well, we will have to wait and watch!