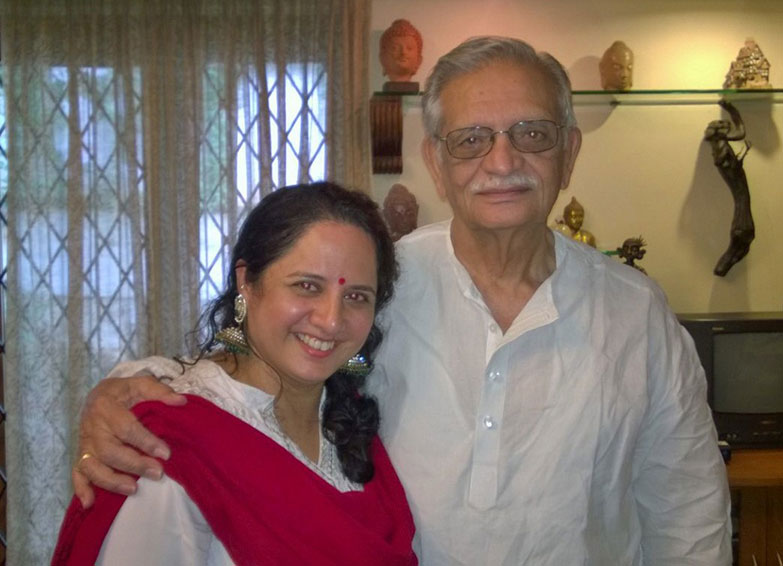 WALTHAM, MA– Sunayana Kachroo has quietly made a name for herself. After publishing her first collection of poems “Waqt Se Pare –Beyond Time” in 2013, Kachroo has written songs and dialogues for movies.

On Oct. 27, Kachroo will recite her poem on struggles and success of high-achievers at New England Choice Awards at Westin Hotel in Waltham, MA. The event will be attended about 400 entrepreneurs, corporate executives, philanthropists, educators and community leaders.  The event is presented annually by the INE MultiMedia in collaboration with INDIA New England News, the region’s oldest and largest online, print and video magazine serving the South Asian community.

To buy tickets for the event, please click here.

In an exclusive video interview on Dreamcatchers with Manju Sheth, Kachroo talks about her journey from Kashmir to Boston and from poetry to writing and composing for films. To watch the interview, please click here.

Kachroo was born and brought up in Kashmir. She holds a Masters degree in Computer Science from Pune University. Her first poem was published at the age of 15, and ever since she has continued writing and exploring different forms of poetic expressions like Kavita, English Poems, Nazms and Dohe.

Some of the famous poems from her book are:- Beti, No Objection Certificate, Chamkele Din, Mera Ghar, Nausheen and Nostalgia are dedicated to Kashmir, Margibi Jaadu and Swatantra Diwas , Paani on water crisis.

In addition, she worked as a “Dialogue Writer” for the movie “In Search of America” which was  Selected for Cannes Short Film Corner in 2015. She is producer and writer of “Pashmeena”, a feature film on Kashmir currently in pre-production. She has also interviewed Vishal Bhardwaj, Gulzar, and Atul Kulkarni.