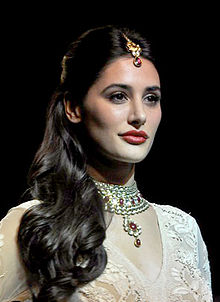 Jaipur–Actor Sanjay Dutt met the country’s “real heroes” — soldiers of Indian Army. Sanjay, who is currently shooting for his next film “Saheb Biwi Aur Gangster 3” in Bikaner, Rajasthan, was photographed with them.

Veteran actor Kabir Bedi has been reportedly roped in to play Sanjay’s father.

The film revolved around a royal family of Uttar Pradesh. The sequel titled “Saheb, Biwi Aur Gangster Returns” was made in 2013.

Anupam on Sunday morning tweeted a photograph of himself along with the officers, and captioned it: “Delighted and proud to meet these young Air Force officers on Air Force Day (October 8) in Kasauli. We are here because of them.”

The actor, 62, is in Kasauli for a session — ‘Lessons Life Taught Me Unknowingly’ at the Khushwant Singh Literature Fest.

On the film front, Anupam is gearing up for the release of his production venture — “Ranchi Diaries”. It follows the story of Gudiya, played by debutante Soundarya, and her friends, Taaha Shah and Himansh Kohli, who are out to make it big in Ranchi.

This is Anupam’s first production. It will releasing on October 13.

He will also be seen in “The Accidental Prime Minister”, a biographical political film directed by Vijay Gutte. The film is based on the 2014 memoir of the same name by Sanjaya Baru.

Choreographer-filmmaker Farah Khan has wished Gauri Khan, an entrepreneur-producer and wife of superstar Shah Rukh Khan, on her 47th birthday on Sunday.

Farah, a close friend of Shah Rukh and Gauri, tweeted a photograph of the three and wrote: “Happy birthday dearest Gauri Khan. May your years always be full of love, laughter and friends.”

In the past, Farah, Gauri and Shah Rukh teamed up for films like “Main Hoon Na”, “Om Shanti Om” and “Happy New Year”.

Nargis on Sunday took to Instagram and shared a photograph of herself along with Trisha Shetty, founder of SheSays, a non-profit organisation that empowers the country’s women to act against sexual violence by providing education, legal, medical as well as psychological support.

“We’ve taken the Pinky Pledge to uplift other women. To support women in any and every way we can! To be the big sisters to all those little sisters out there who need us! Thank you Trisha Shetty,” Nargis captioned the image.

The actress along with Dharini, who fought breast cancer affecting both breasts at a young age of 24, flagged off the run in which about 3,000 people from various walks of life participated.

The ninth edition of the 2K Pink Ribbon Walk was organised by Ushalakshmi Breast Cancer Foundation (UBF) and KIMS-Ushalakshmi Centre for Breast Diseases with the slogan ‘Does your heart beat for early detection of breast cancer’.

Breast cancer ‘conquerors’ and their families in addition to large number of students from old city participated in the run, expressing solidarity with the Pink Ribbon campaign.

The walk was aimed at creating awareness about importance of early detection of breast cancer, salute survivors, and spread the message of hope, courage and survival in the fight against the disease.

UBF and KIMS-Ushalakshmi Centre for Breast Diseases, which completed 10 years, has undertaken many unique initiatives to empower people about importance of early detection of breast cancer.

In India, over 150,000 women are newly diagnosed with breast cancer every year; a staggering number that has overtaken cervical cancer to become the most common cancer affecting women.

Contrary to the western world where breast cancer is common after the age of 50 years, the highest incidence of breast cancer in India is between the ages of 40 and 50 years, said Raghu Ram.