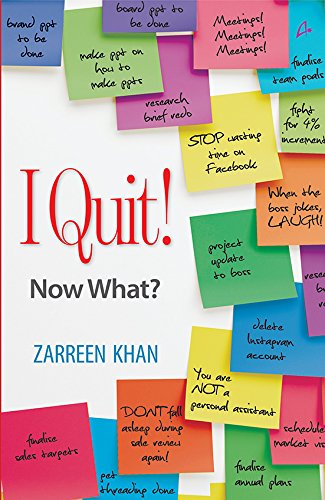 For many urban Indians, their desire to land a job, usually corporate, often makes them oblivious to the exacting demands it may make on their lives — with free time for hobbies or other interests usually the first casualty. And once in the rat race, it is very difficult to take a break from the soul-crushing regimen of long working hours, unappreciative bosses and unreasonable deadlines.

Sabbaticals, as our protagonist Nimisha learns, are not yet part of the Indian corporate lexicon — apart from some favoured employees, and especially not for women who are not married or plan to get on the bandwagon anytime soon.

She also goes on to find out that when you do get a sabbatical, by the simple expedient of chucking up the job which she had grown to detest, it may not work out the way as she had planned during the drudgery of work.

And with her savings dipping alarmingly, rumours over her exit from her earlier job, new offers drying up, questions from family and friends as to what she plans to do getting difficult to field — with a impromptu witticism to one friend landing her in a welter of confusion. Also, with her best male friend breaking up with his girlfriend and other relationship issues, and her budding career as an author, Nimisha has her hands full.

Was this what she wanted to do in her sabbatical? And will she continue in this vein or go back to the certainty of a paying job? And will she be able to find one?

We find in this well-crafted, gripping and delightful story by occasional marketing consultant and full-time mom Zarreen Khan (who stresses she is “NOT on a sabbatical” herself), what all working Indians (women and men alike) will identify with in some way or the other.

But what lifts it from a mere litany of the complaints about the unforgiving world with its “endless weekdays, working weekends, making presentations, working with complicated Excel sheets, handling a boss with time-management issues and the general politics of the workplace”, are the key issues about our lives and work it touches upon.

These include aspirations professional and personal, expectations of family, friends and employers, balancing life and career (and figuring out the latter’s purpose), the bane of technology which has, on one hand, made us contactable anywhere and liable to work from even outside office among others, and on the other, allowed us to share our lives with even casual acquaintances, but also second chances and redemption, even in unlikely cases.

This is complemented by a generous sprinkling of sparkling wit and spirited dialogues, some vivid characterisations, plenty of twists and turns and some set-piece scenes, comic and poignant.

Divided into two nearly equal part about Nimisha’s corporate life and her sabbatical, the story, told from her point of view, makes this evident right from the start, as she describes her friend’s marriage in Goa — a typical big fat Indian wedding.

While some evocative descriptions of work in a low-paying, high-demanding job (with the details seeming stemming from the author’s own career) with a “boss from hell”, and manipulative colleagues follow, the parts where Nimisha is trying to explain the concept of a sabbatical to her boss and her farewell party are really uproarious — and will then leave you rather queasy.

Then her misadventures in her sabbatical, specially the zumba training and its consequences, her white lie about working in the “Jacques Closeau Detective Firm” which causes no lack of tension with a friend and a prospective boss, are as amusing.

And given the story is about young independent professionals, love does play a major role but Zarreen is singularly accomplished here too and presents it in a way you would not suspect or predict.

Above all, the ending is a superb cliff-hanger and raises the prospects that this is just the first — we would eagerly look forward to more. For Nimisha, her friends and family are too good to restrict to a single outing. (IANS)