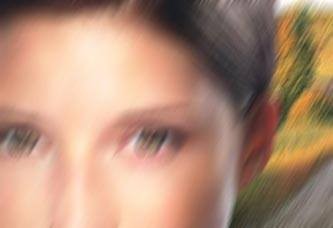 New Delhi– With a staggering 550 million Indians — close to half the population — living with uncorrected refractive errors, the major cause of road accidents, and 63 percent of the world’s population in need of vision correction, two major stakeholders have come together to address the issue in this country and globally.

“Poor vision plays a critical role in safe driving, but we know that much of that could be avoided. According to an analysis by Boston Consulting Group, 23 per cent of drivers have uncorrected vision, but in India that number is 46 per cent — the highest of any country in the world,” Jayanth Bhuvaraghan, Chief Mission Officer of French lensmaker Essilor International, told IANS during a visit here of the three-year partnership with the Fédération Internationale de l’Automobile (FIA).

The “Action for Road Safety” partnership aims to create awareness on this global health issue and highlight the importance of regular eye checks for safe driving. The call to “Check Your Vision” will be commonly promoted towards local authorities, institutions, NGOs, eye care & medical professionals, driving schools and road users, among others, he added.

The figures for India are horrifying with some 138,000 people being killed in road accidents each year. Last week, Minister for Road Transport & Highways Nitin Gadkari released the annual publication, ‘Road Accidents in India – 2016’, which revealed that fatalities resulting from these accidents have risen by about 3.2 per cent.

“Something must be changed,” exclaimed Kristan Gross, Global Executive Director of the Vision Impact Institute, which is funded by the Essilor Social Impact Fund.

Speaking about the initiative in India, Bhuvaraghan noted that access to optometric eye care is limited, as there are approximately seven doctors of optometry per 1 million people across India, well below the world average of 25/1M.

“But there is one other key barrier to corrected vision that we must still address: Acceptance. In India, stigmas exist around spectacle wear for all ages, but it is a tremendous issue for those in the professional driving industry.

“We have heard from many in this industry that wearing spectacles can be seen as a weakness or a visible defect. Therefore, many drivers are not wearing the correction they need, even when it is prescribed. Drivers were fearful of not being hired if they are thought to be defective,” he added.

To this end, The Vision Impact Institute is working to break down these stigmas through education, utilising the personal testimonies of other drivers for which vision correction and eye protection have been a benefit rather than a drawback, Gross explained.

A Central Road Research Institute (CRRI) interim report on ‘Assessment of Visual Limitations of Commercial Drivers in Metropolitan Cities in India’ focusses on commercial drivers in Delhi. The study was in association with the Vision Impact Institute. The sample size of the survey was 627 drivers and the study was conducted during August 8-14, 2017. Seventy per cent of those surveyed were light motor vehicle drivers, 24 per cent were heavy motor vehicle drivers, four per cent were private bus drivers while one per cent were government bus drivers.

According to the preliminary findings:

* Overall 29 per cent drivers, mostly among the older age group, with marginal and unacceptable stereopsis (depth perception) problems were more likely to be involved in accidents

As for FIA, with its 245 member-clubs, representing over 80 million road users in 144 countries worldwide and its strong showcase in motor sport (F1, WEC, WTCC, WRC, World RX, ERC, Formula E et al), it “is a major global voice in the automotive world and is strongly committed to raising awareness and taking action on this global issue”, Bhuvaraghan concluded. (IANS)