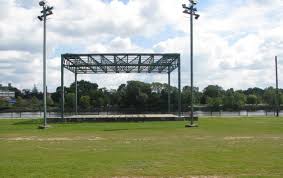 Gujarati Association of New England, popularly known as Gurjar, is a non-profit community organization, which celebrates its 40th anniversary this year.

“This is the first-ever event in the history of Gurjar to have an outdoor festival of this magnitude,” Gurjar President Ramila Thakkar told INDIA New England News.

The event is this Saturday, September 9th, at the Heritage Park on Pawtucket Boulevard in Lowell, MA. The festivities kick off at noon and continue through 7:00 pm. The event and the parking are both free for all.

“The event will be graced by the honorable, Edward J Kennedy, mayor city of Lowell and the Lowell Chief of police, William Taylor,” Thakkar said. “There will be food, clothes and jewelry for sale, raffle and photo booth plus Bolly-X session, non- stop live music  and performances, followed by garbaa for all to join in around 6.00 PM.”

She said the event is sponsored by Gurjar’s long term supporters, Tanna Insurance and Leader Mortgage bank, followed by its other loyal patrons.