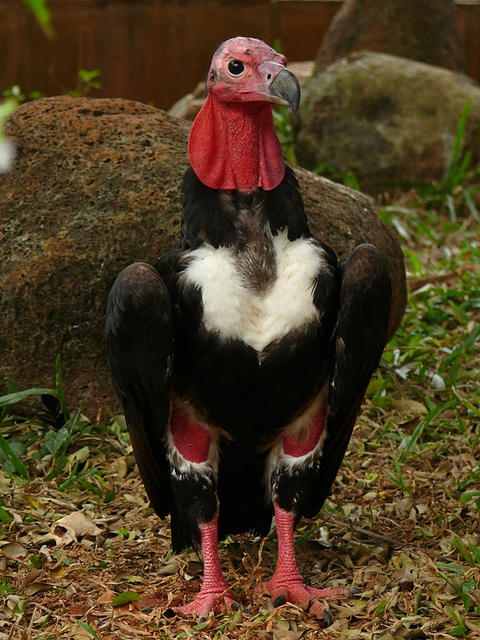 New Delhi, Sep 24 (IANS) Fifteen species of vultures in 128 countries, including four that are critically endangered in India, may get a fresh lease of life with a 12-year multi-species coordinated action plan to conserve African-Eurasian vultures set to take wing at a UN summit next month, conservationists say.

The International Union for Conservation of Nature (IUCN) Red List of species threatened with extinction has listed a majority of these vulture species as critically endangered, indicating a very high risk of extinction in the wild.

The Indian vultures that are set to get collaborative international protection under the Multi-Species Action Plan to Conserve African-Eurasian Vultures are four critically endangered vulture species — the red-headed, white-rumped, long-billed and slender-billed; two near threatened species — bearded and Himalayan griffon; and one endangered — the Egyptian vulture.

The cinereous vulture, a wintering migrant to India from Europe, is also facing the threat of extinction.

Vulture are nature’s garbage disposers, feeding on the carcasses of dead animals that are often infected with diseases such as anthrax, cholera, botulinum toxin and rabies that would be lethal to other scavengers.

More than 120 countries will gather in Philippine capital Manila for the 12th Session of the Conference of the Parties to the Convention on the Conservation of Migratory Species of Wild Animals or CMS COP12 during October 23-28.

Proposals comprising the action plan, drafted after three-years of consultations, to conserve African-Eurasian vultures have been submitted for adoption at COP12, a UNEP spokesperson told IANS.

If adopted, the action plan, accessed by IANS, would mean programmes to protect the vultures across Africa, Asia and Europe from all of threats faced by them — ranging from poisoning to hunting to collision with electricity cables to habitat degradation.

Studies attribute the reason for bringing the vultures to the brink of extinction in South Asia mainly to the extensive use of diclofenac in treating cattle. Vultures that consumed the carcasses of animals treated with diclofenac died with symptoms of kidney failure. The Indian government banned its veterinary use in 2006.

“Yes, certainly the ban on diclofenac in India has helped checking the dwindling number of vulture species. However, we must recognise and address the other threats that are affecting vulture populations,” UNEP Programme Officer (Birds of Prey) Nick Williams told IANS in an email.

As part of the action plan, he said captive breeding for reintroduction of any species should really be seen as a last resort.

“Experience has shown that it can be effective for some species like the bearded vulture in the Alps. However, IUCN guidelines are very clear that the cause(s) of the original decline must be identified and properly addressed before releasing any captive-bred birds. Otherwise, the released birds will simply be lost to the same threats,” Williams added.

Noting that threats to the vultures still prevail, SAVE (Saving Asia’s Vultures from Extinction) Programme Manager Chris Bowden told IANS that the veterinary licence of two more drugs — ketoprofen and aceclofenac — should be withdrawn to save the remaining vultures in nature.

Bowden, who also monitors vulture breeding projects in India, favoured supporting the existing vulture conservation breeding programmes throughout South Asia. He is one of the compilers of the multi-species action plan to conserve vultures.

Williams said the ban on diclofenac in India certainly reduced its prevalence in many areas “but more work is to be done”.

The Convention on the Conservation of Migratory Species of Wild Animals aims to conserve terrestrial, aquatic and avian migratory species throughout their range. It is an intergovernmental treaty with 124 Parties to the Convention, including the European Union.

“The particularly high number of animals proposed for protection under the Convention is a worrying sign of the decline of international wildlife. Urgent action is needed to ensure the survival of these species,” an official statement quoting Bradnee Chambers, the convention’s Executive Secretary, said. (IANS)