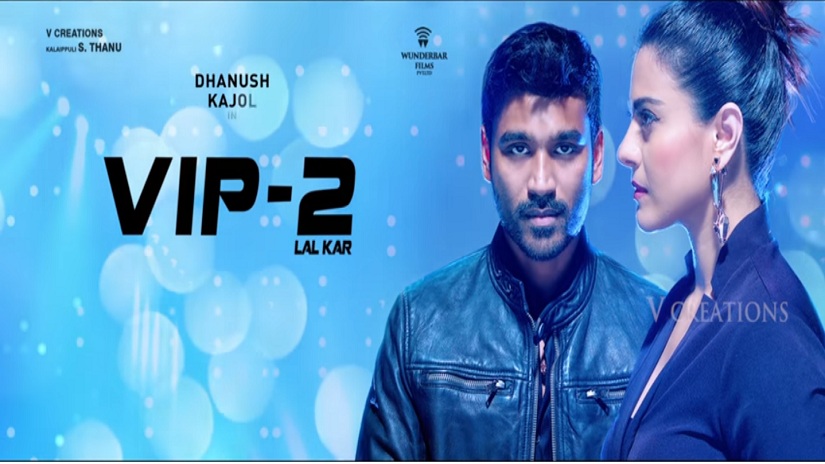 This film suffers from sequel fatigue but unlike its prequel, this is not really an underdog story.

Taking off from where it left in its prequel, the 2014 released “VIP”, it is the tale of the jobless, yet conscientious engineer, Raghuvaran (Dhanush).

He is now married to his neighbourhood sweetheart and is humility personified. He is still working for Anitha Constructions, commutes on his favourite moped whom he calls “Soundari” and becomes a brave-heart after a couple of drinks.

The film begins with him winning the prestigious, “Engineer of the Year Award”, at a shoddily presented function, where all the awards have been predominantly taken by Vasundhara Constructions, a company headed by the snooty and arrogant, Vasundara Parmeshwara (Kajol).

After the awards, when he is invited to join Vasundhara Constructions, he flatly refuses on grounds of loyalty. Taking offence to this, Vasundhara ensures that he not only loses his job but can’t survive in the city. How Raghuvaran tilts the scales in his favour, forms the crux of this tale.

With the story credited to Dhanush, arrogance and humility are the two key factors that propel this “mass appeal” plot. Gimmicky scenes and songs are gummed up to create star appeal and this one hour film is stretched to two, with Dhanush’s heroism going nowhere in particular.

The first half of the narrative meanders with meaningless scenes. It is only ten minutes after intermission, when Raghuvaran gets motivated, by his father and dead mother, that the film gets some semblance of a concrete progression.

The dialogues are mundane and rustic. Some peppered with lyrics of the early 1970s Hindi film songs, the director manages to extract empathy from its older audience. But overall, the lines lack punch both in weightage and delivery. But nevertheless, it is Dhanush’s antics that keeps the audience hooked.

With his ordinary boyish charm, Dhanush does make an effortless impact. But it is his larger than life character and over-the-top acting with his artificially created superstar swag, that make him look out of place. Nevertheless, he is lovable.

Kajol as the antagonist and femme-fatale Vasundhara is an eye-sore. She does not gravitate from frowning.

The music in the film does have its moments and the choreography is the typical big-ticket jamboree and they do nothing in terms of the narrative.

Overall, the film is astutely mounted. It is only the poor dubbing that mars the viewing experience.