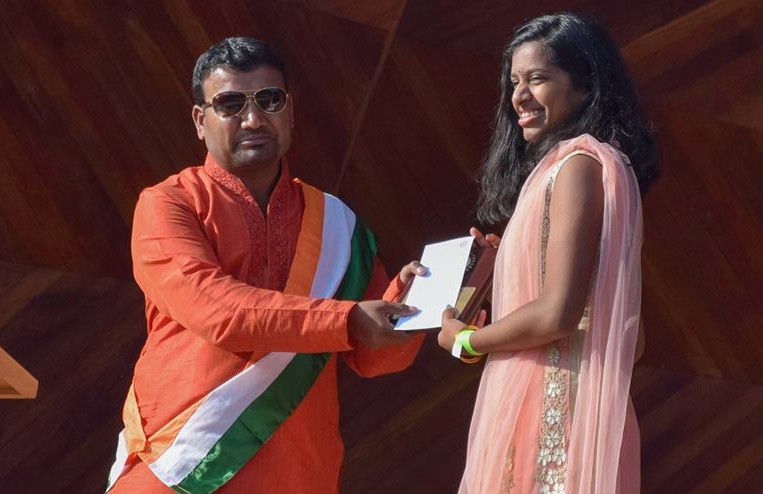 To identify and recognize change agents, those who are making the changes,  IAGB started Community Youth Excellence Awards about 3 years ago. 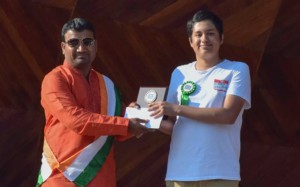 Kenchegowda  gave the awards to  Pandit and Neti.

Pandit is a rising junior in high school. Locally, he is known as an enthusiastic volunteer photographer for many nonprofit organizations. In that role, Neil has supported the India Association of Greater Boston, Indian Americans for Burlington, Saheli and local public libraries, and many other organizations.

He actively dedicates his time at the local hospital and at community and school events. In addition to his consistent volunteering, he has performed at a high academic level gaining a place on the High Honor Roll in his school. 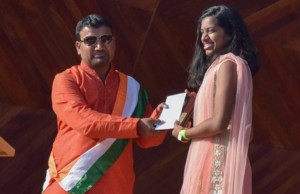 Neil hopes to continue pursuing his passion for photography, continue to volunteer for community service, and achieving academic excellence in the coming years.

Rithika is a rising senior at Sharon High School. As a high-achieving academic student, she has used her time to pursue various activities that she is incredibly passionate about.  She is Co-chair of the District School Council, Captain of the Debate team, state-level Tennis player and a member of the robotics team.

As a proud student of Indian heritage, she graduated from Shishu Bharati and continues to be a teaching volunteer to help younger students.

In addition, she is passionate about empowering youth to work towards the United Nations 2030 Sustainable Development Agenda, through her work in school and other organizations in the community. However, she has also used the opportunities to work on a global level as a strong advocate for zero hunger, quality education, and gender equality, represented through her work as a delegate for the United Nations Youth Assembly;  youth ambassador for Akshaya Patra, which provides school lunches to millions of impoverished children in India; or the communication between the club she began in high school and the Zabuli Education Center- an all-girls school in Afghanistan.

Her message to all the youth is to use their voice and resources to speak for what they believe and seek guidance from others.

Approximately 5,000 Indians and Indian-Americans celebrated India’s Independence Day at Boston’s Hatch Memorial Shell, featuring a robust cultural program that included approximately 300 participants. The event, which was held on Sunday, Aug. 20, was organized by the IAGB.