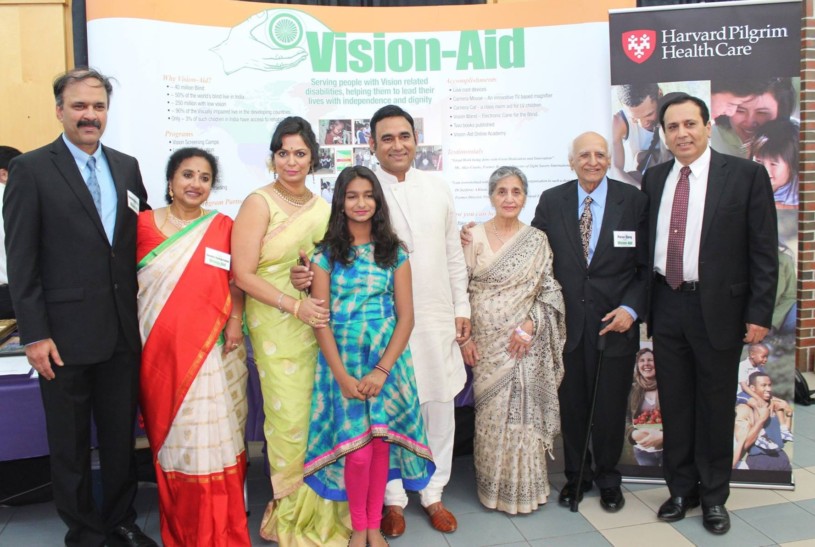 LITTLETON, MA—Vision-Aid is on a roll.

At its annual fundraising event recently, the Lexington, MA-based non-profit organization raised $70,000, which it will use to expand its footprint to 10 locations from current six in India over the next one year.

“People always wonder what nonprofits are doing with the funds so we want to be clear that the money is being put to good use,” said Ramakrishna Raju, co-founder of Vision-Aid, whose mission is to rehabilitate the visually impaired through its innovative programs in both India and the United States.

This year’s fundraiser, which was attended by 725 people at Littleton High School auditorium in Littleton, MA, included a Broadway-style dance drama called “Charmer, Warrior, Guide”, which included about 60 dancers and was choreographed by Madurai R. Muralidaran from India. Co-producers of the show from Boston were Jeyanthi Ghatraju, Suja Meyyapan and Sripriya Natarajan Moorthy.

After the event, Vision-Aid President Syed Ali Rizvi told INDIA New England News: “What an amazing day it was. We are overwhelmed with gratitude for the wonderful support from the community, which helped us raise the bar, yet again, to a whole new level, on both the magic on stage, and raising funds for our cause.”

The magic on the stage was created by both the dance production as well as the keynote speakers of the evening Vivek Sharma along with his wife Vandana Sharma.

Sharmas moved the audience with their uplifting and inspiring opening keynotes. Vandana called Vision-Aid a “love letter”, and Vivek quoted Ralph Waldo Emerson who once said, “The purpose of life is not to be happy. It is to be useful, to be honorable, to be compassionate, and to have it make some difference that you have lived and lived well.”

In her poetic style, Vandana Sharma talked about the husband-wife team of Revathy and Ramakrishna Raju, co-founders of Vision-Aid.

“Vivek and I are very flattered to be asked to fill the role of chief guests for this evening. In order to play our characters wisely,  I made a call to Revathy to ask her about her inspiration behind starting of Vision Aid,” Vandana Sharma said.

After 20 minutes of conversation with Revathy,  Vandana Sharma understood that Vision-Aid is a constructive “Love Letter”.

“Filled with affections of a wife for her husband that can only be read through a vision of heart,” Vandana Sharma said. “This ‘love letter’ that they have formatted together is enveloping many dim lives enabling and propelling them towards a brighter path. The visually impaired may be using a stick to feel their way, but their inner vision have been trained and coached by Vision-Aid’s team to sprint like a python to attain their individual goals.”

The keynote by Vivek Sharma, who serves as the CEO of Piramal Pharma Solutions, a global leader in Contract Research, Development and Manufacturing services towards the life sciences industry, resonated well with the audience and inspired them to give for the Vision-Aid’s cause of rehabilitating the visually impaired.

Vivek Sharma shared his personal story with the audience.

“About 12 years ago, I was on a long distance flight back to US. When I woke up from sleep, I realized my eyes were blurry and I could not see properly. I washed my eyes few times but my vision did not change much,” Sharma said. “Once I landed in US, I immediately went to an eye doctor who after thorough examination told me that I have developed CSR in one eye and may not be able to regain vision.” 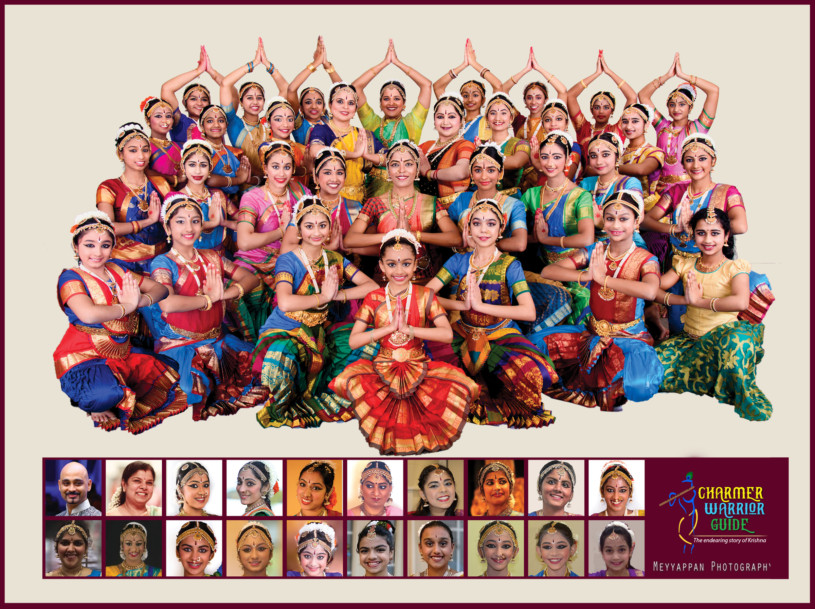 Sharma had lost depth and speed perception as vision in one of his eye was blocked. Since then, Sharma has seen lots of great doctors but no solution has been found.

“Fortunately for me my other eye is perfect and I can do almost everything without any impact,” Sharma said. “Today, there are around about 280 million individuals in the world who are either blind or visually impaired. That’s about 4 percent of the entire world population.”

Sharma said that significant portion of these people are in India and unfortunately do not have the resources and means to overcome the challenges they face.

“When I lost vision in my eye I had insurance to go see doctor, I had a job and more importantly I still had vision in my other eye which allowed me to continue to work and operate,” Sharma said, and the told the stories of other visually impaired people.

“These are some of the examples of people who despite their visual impairment were able to achieve success in their lives. They were able to do this because they had resources, means and a support system to allow them to learn, operate and help in their passion,” Sharma said. “ Unfortunately, most  of the visually impaired people in India do not have the means, support and infrastructure to pursue their dreams and potential.”

That’s where organizations like Vision Aid comes in, Sharma said.

He said that Vision-Aid has taught over 1,100 sighted teachers skills in inclusive education and distributed over 3,400 devices for the low vision as part of their low vision screening programs.

“While a lot has been done it is not enough. There are lot more people who can benefit from initiatives like this and this can only happen if we all help,” Sharma said. “Vision aid  has developed and proven that they  have a simple, scalable model that can be applied to any under-served location to produce consistent results in helping the visually impaired live with independence and dignity.  There is tremendous talent, potential and passion in our community and together we can help significantly improve these numbers and help those in need.”