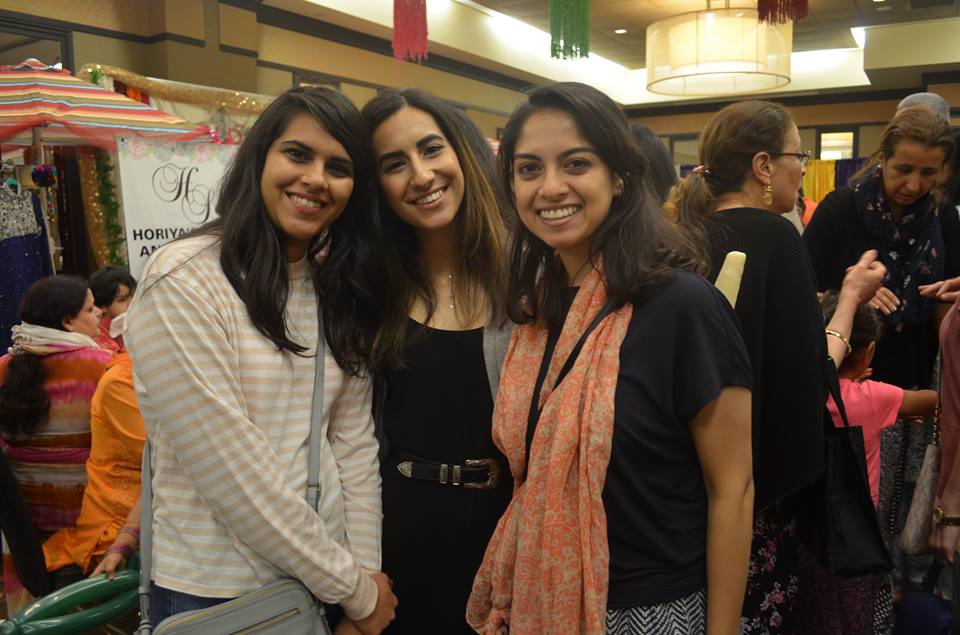 Terming the event “a multi-cultural, multi-religious creative festival,” the proclamation acknowledged a Muslim festival that South Asians of all religions participate in with their Muslim friends and neighbors. 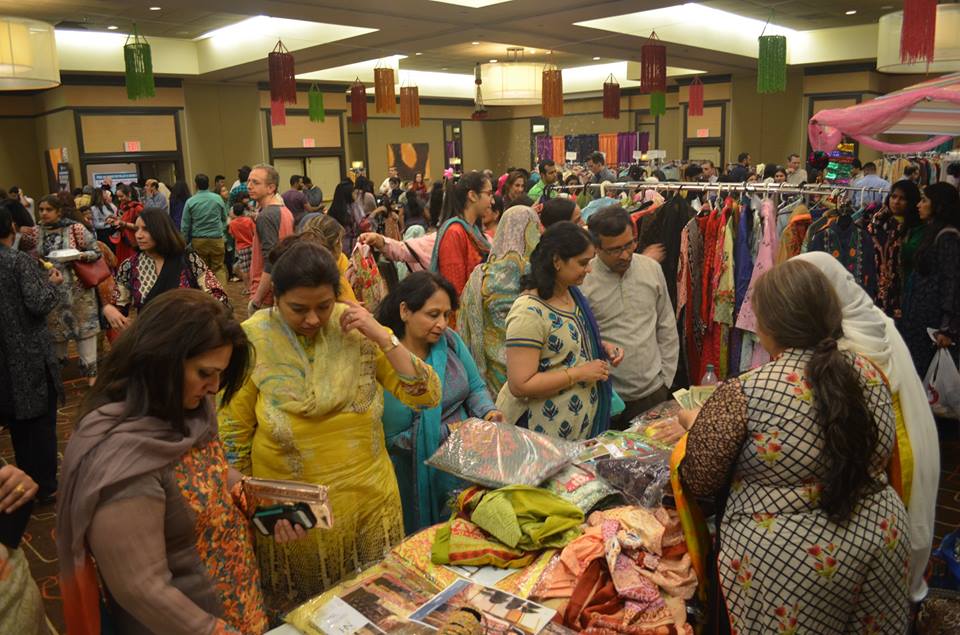 The sighting of the new moon on Chand Raat marks the end of the Muslim month of fasting (Ramadan, pronounced Ramzan in Urdu/Hindi). Noureen Design has been organizing a Chand Raat Eid Festival annually since 2013.

Crowds milling amidst the fragrance of Jasmine flowers especially imported from India for the event browsed a dazzling array of jewelry, clothing, and unstitched cloth sold by a host of vendors. Children thrilled to the face painting and balloon art, and as every year, women and girls lined up to get henna designs applied to their hands.  Guests also enjoyed the musical performance, crowding into a separate hall where Boston’s South Asian band  performed a range of Indian, Sufi, and world music. 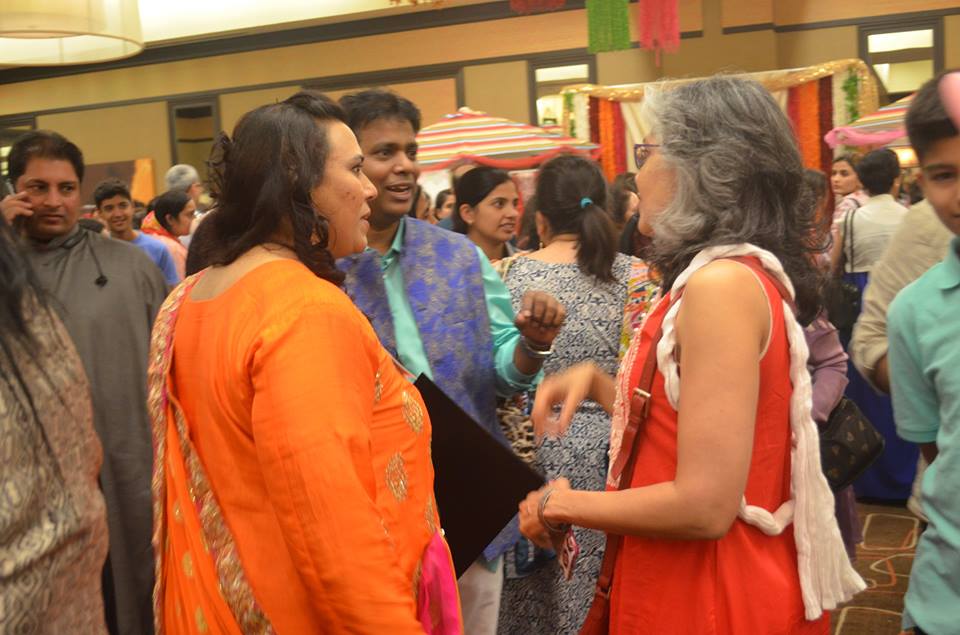 Here is the text of the Gov. Baker’s proclamation:

Whereas Chand Raat Eid Festival is a multi-cultural, multi-religious creative festival celebrating the richness of Eastern Massachusetts’ arts, cultural, ethnic, religious and creative communities through mostly free events that are hands-on, interactive, and offer behind-the-scenes access to the creative process; and

Whereas Chand Raat Eid Festival has involved over 25 cultural organizations, artists and creative partners in various communities across Eastern Massachusetts, particularly the Greater Boston area since launching in 2017; and

Whereas Chand Raat Eid Festival is a unique community initiative of Noreen Design, bringing together individuals and groups across a range of religious, ethnic and geographical backgrounds in a unique event promoting a uniquely American vision of inclusion, diversity and pluralism; and

Whereas Chand Raat Eid Festival involves an impressive network of local, regional media partners, charitable and religious trusts coming together to support this event; and

Whereas Chand Raat Eid Festival upholds the spirit of entrepreneurship in America’s City of Firsts with a unique model providing a platform to small businesses from local communities with international linkages to showcase their products; and

Whereas Chand Raat Eid Festival plans to expand with more creative festivals bringing together communities from different religious, ethnic and geographical backgrounds; and

Whereas Chand Raat Eid Festival serves as an affordable and accessible inspiration for thousands of all ages and socio-economic backgrounds to uniquely explore and express their creativity and gain insights into multiple cultural heritages throughout Boston and beyond; and

Whereas Chand Raat Eid Festival is a new kind of “Creative Festival for All” that allows individuals to experience religious traditions, culture and art in new ways while showcasing the region’s artistic flare,

Now, Therefore, I, Charles D. Baker, Governor of the Commonwealth of Massachusetts, do hereby proclaim June 24th-June 27th, 2017, to be,

And urge all the citizens of the Commonwealth to take cognizance of this event and participate fittingly in its observance.

Given at the Executive Chamber in Boston, this Twenty Fourth Day of June, in the year two thousand and seventeen, and of the Independence of the United States of America, the two hundred and forty-first.

Governor of the Commonwealth.”