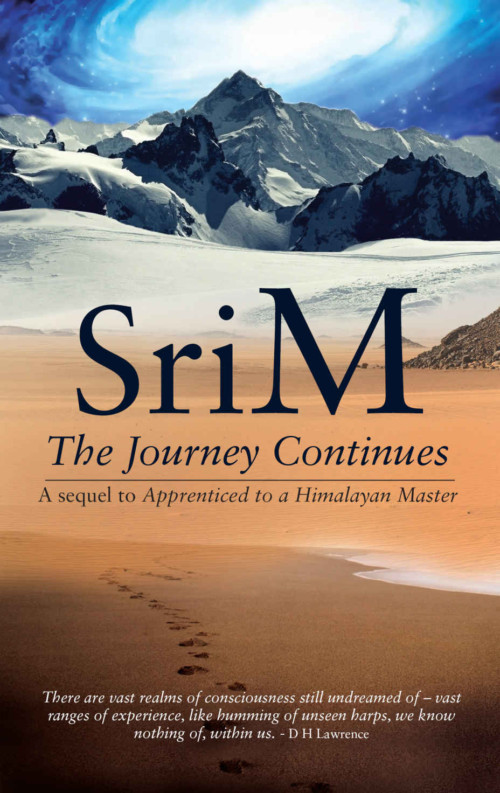 This is the continuing, amazing spiritual journey of a Muslim man from Kerala who plunged into Vedic religion after a chance encounter with a Hindu mystic under a jackfruit tree in the backyard of his house when he was just nine. It is a story with few parallels even in a spiritual hub like India.

The spiritual seeker, known only as Sri M, created ripples when his first book, “Apprenticed to a Himalayan Master: A Yogi’s Autobiography”, came out. It was an astounding work replete with tales of miracles and meetings with spiritual masters, bordering on the unbelievable.

This book is no different, including memories of Sri M’s past life and his beyond-the-body experiences. Sri M, who calls himself a practising yogi and is a father of two, knows that some of his stories will raise eyebrows. “You may dismiss it as fiction or due to my unusually fertile imagination or just plain lies or conclude that I have finally gone bonkers… Good friends may finally conclude that I have gone mad and, in their kindness and concern, will try and persuade me to see a good psychiatrist.” When you read the book, it is understandable why Sri M is defensive.

Sri M wears no grand robes, indeed often wears jeans and T-shirts, and travels around the world conducting retreats and giving talks on the Upanishads, yoga and Sufi teachings. His books have earned him a wide following.

Comparisons have been made of Sri M’s books with Paramhansa Yogananda’s path-breaking “Autobiography of a Yogi”, a classic that has helped millions to embrace the spiritual path. However unbelievable Sri M’s accounts — spirituality has plenty that one finds it difficult to accept at face value — those who liked his first book will love this one too. (IANS)