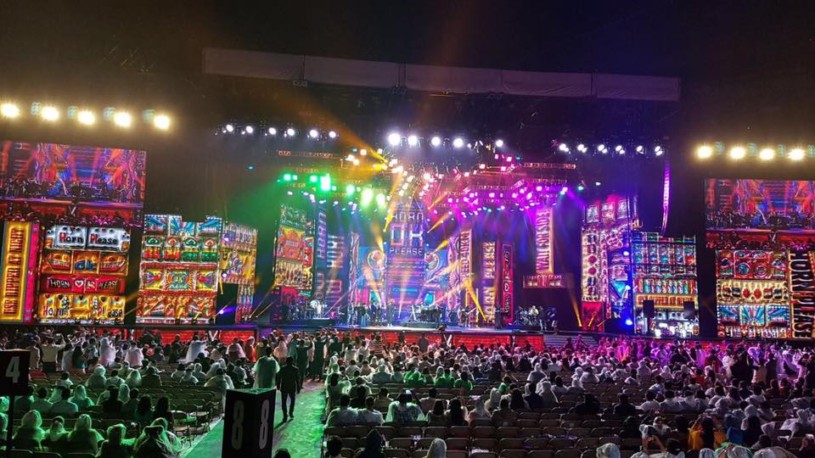 New York–The weather god wasn’t kind to the IIFA Rocks gala at the MetLife Stadium in New Jersey, where Oscar winning composer-singer A.R. Rahman performed live for fans in the US. But the show went on — and rocked.

Rahman on Friday evening only took the stage for his culminating performance a few hours after the show began, but the audience was kept in high spirits with a few musical performances, banter by the hosts and the distribution of Technical Awards.

The green carpet is one awaited aspect of the annual International Indian Film Academy (IIFA) Weekend and Awards celebration, which go to different countries every year. But the rain dampened plans. 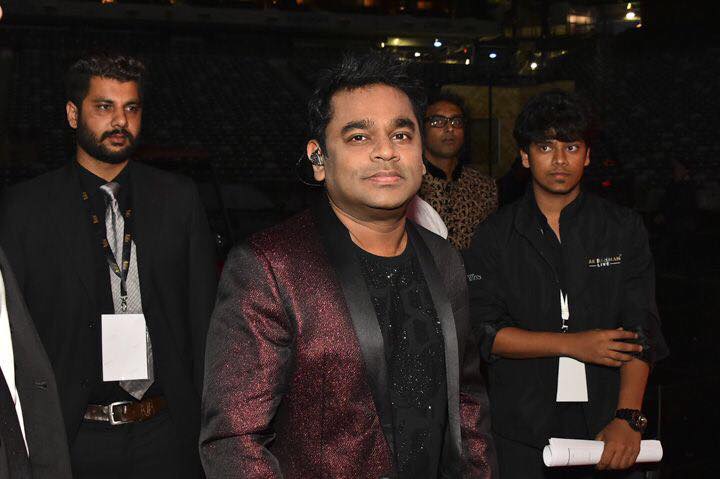 “It’s raining in New York, loving the weather. If it does rain tomorrow, it will be awesome dancing in the rain at IIFA,” tweeted Salman, who is a star performer for the main IIFA Awards night here on Saturday.

“Thank you for getting wet and sitting for this,” said Rahman in the middle of his performance.

The music played on, and the excitement levels increased as he kept belting one hit track after another with a string of singers like Hariharan, Kailash Kher, Jonita Gandhi and Mohit Chauhan joining him on stage.

Rahman’s performance at the MetLife Stadium came just days after some fans walked out of his concert at London’s Wembley Stadium for the lack of Hindi songs.

The security at the venue — which will also host the IIFA Awards night on Saturday — was tight, and led to a hard time for some mediapersons.