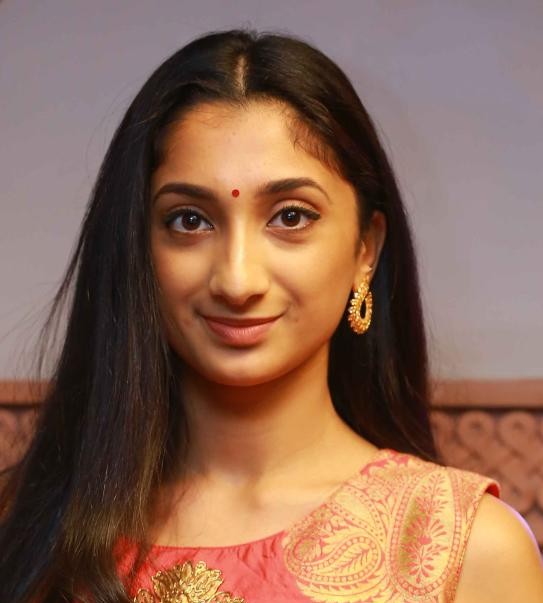 Thiruvananthapuram–It has been a long journey for 23-year-old Anjana Chandran, a student in her last semester in media and journalism at Sydney, but now she is excited as she waits for her first full length Malayalam film to be released later this month.

She was in the capital city here, where her parents hail from and also took part in the promotion of the film “Crossroads”, which incidentally is a film of 10 heroines directed by 10 different directors.

Chandran, the younger daughter of Rajesh and Bhawani — both in government service in Sydney, was fortunate to play the lead role of an Orthodox Muslim girl in the film which was directed by hugely popular award-winning director Lenin Rajendran.

In a chat with IANS, she said that right from her school days in Sydney, she chose theatre and drama as an elective subject and has acted in short films in Australia.

“After acting for six days in January this year and now with the film all ready for release, end of this month, I feel this has turned out to be a life-turning experience as I acquired more knowledge and it was a wonderful experience. Yes, I wish to be part of good cinema and I intend to keep shuttling between here and Sydney once I finish my studies as acting is my passion,” said Chandran, who is also an expert danseuse.

“I will certainly accept new offers and once I am here, I will continue my learning in Bharatanatyam and Mohiniyattam,” added Chandran.

Her father Rajesh said that several years back she played a small role as a child artiste in ‘Kurukshetra’ directed by Major Ravi.

“When we came to know that Rajendran was conducting audition for a lady in his new film, we came from Sydney and my daughter passed the test and got the role,” said Rajesh.

But the proud parents and the actress are sad that they will not be able to be present when the film is released later this month as her last semester classes are beginning around the same time and hence they are leaving on the 25th of this month.