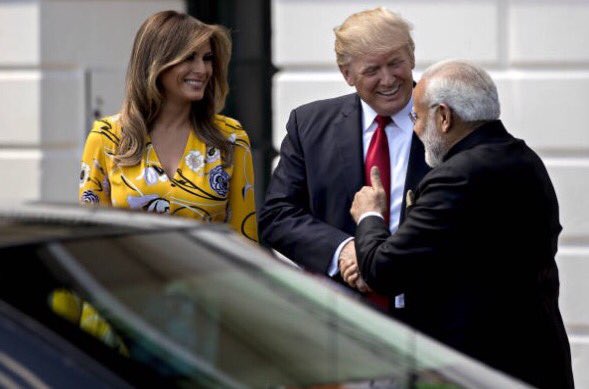 “The display of warmth, a senior White House official said, was at least partly aimed at President Xi Jinping of China, who has disappointed Trump by failing to impose more pressure on North Korea to curb its nuclear and ballistic missile programmes,” it said.

The Times described Trump and Modi as “two nationalist leaders with a shared passion for social media” and said “India sought to vie with China for Trump’s favour in the region”. 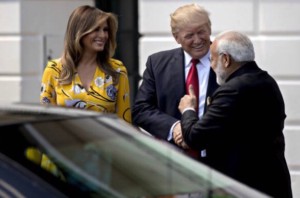 Pointedly, Trump noted that India had helped the US enforce sanctions on North Korea, the Times said.

But the daily said that while ties between the two countries had grown steadily closer over the last two decades, “India faces new uncertainties with Trump”.

“For now, the US and India are finding common cause in pushing back against China’s maritime ambitions,” it said.

“Before Modi’s visit, the Trump administration approved the sale of 22 surveillance drones to India, which New Delhi can use to eavesdrop on Chinese naval movements in the Indian Ocean.

“The drones, which have never before been sold to a non-NATO country, could be especially valuable if they are flown over the Andaman and Nicobar Islands, giving India control of a so-called choke point that is one of China’s greatest marine vulnerabilities,” it said. (IANS)