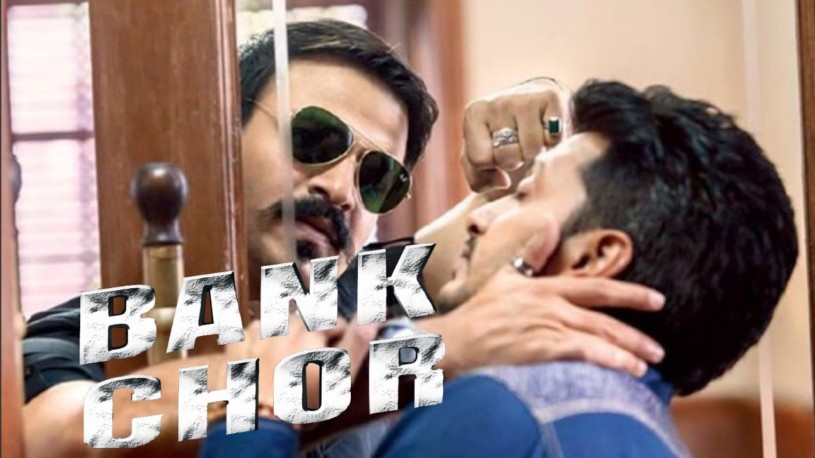 Imagine you are at a grand banquet and throughout you have been nibbling on tit-bits. At the end, though you are full, you realise that you are not satiated by the supposedly perfect festive spread that was laid out. That is exactly the feeling one gets after watching “Bank Chor”. Though the film entertains you, you still feel unsatisfied.

On the face of it, “Bank Chor” is a perfect robbery-cum-hostage drama, but the plot unravels in a convoluted manner, “taking the stupidity to the next level” and this makes the entire viewing process a tedious affair. 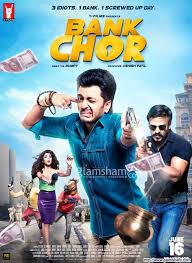 The film begins on a promising note. Acting like the dumb and the dumber and a very nice guy who follows ‘Vastu Shastra’ at every step, Riteish Deshmukh masquerades as Champak, a monk in disguise. He along with his two accomplices Gulab (Bhuvan Arora) who adorns the mask of an elephant, and Genda (Vikram Thapa) who wears the mask of a horse, attempt to rob a bank. How they succeed in their plan, forms the crux of the tale.

Narrated in a non-linear manner, the writing is clever, but strained in an attempt to sound intelligent. The sub-plots are half-baked and underdeveloped, making the entire chronicle seem complexed and forced.

During the proceedings, the quirky characters seem shallow and unconvincing, so you refuse to invest in them. The performance by every actor is undoubtedly sincere. The three bank robbers are loud and over-the-top, befitting the characters they play. Riteish is a brilliant comedian, but he does not add any new nuance to his character. He is ably supported by Bhuvan Arora and Vikram Thapa, in their buffoonish act as partners-in-crime.

Vivek Oberoi in an underwritten role as the CBI officer in-charge of the hostage rescue operation is understated. Rhea Chakraborty as the news reporter Gayatri is perfunctory and Sahil Vaid as Jugnu the antagonist has his moments of on screen glory.

The humour is derived from self-deprecation along with Bollywood and comic-book character references, making the film a time-limited, fragile product.

The first half of the film meanders aimlessly with no seriousness whatsoever. The second half gets interesting and by the third act, though it may seem convoluted and exaggerated, the denouement perfectly wraps up the narrative, but goes overboard which ends up confusing the audience further.

The production quality of the film befits the Yash Raj Films label, and the background score, in parts, creates the adrenaline charged atmosphere, befitting a thriller. (IANS)