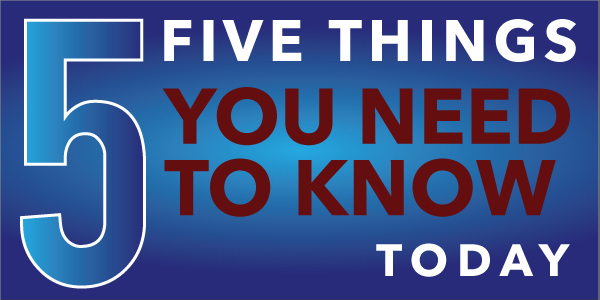 BOSTON– Raj Aggarwal, co-founder and current CEO of leading mobile engagement platform Localytics, announced that Jude McColgan will become CEO to lead the company’s next phase of growth. The announcement was made as Localytics achieves the major milestone of being cash flow positive. Read More…

New Delhi–Designer Nandita Mahtani says sustainable and eco-friendly fashion is a booming market worldwide and India as a country can contribute to that segment in a big way.

“A huge booming market worldwide is sustainable and eco-friendly fashion, which I feel is something India can contribute in a much bigger way than it is now,” Mahtani, who is in the industry for over a decade, told IANS in an interview. Read More..

New Delhi– The third International Yoga Day was celebrated in Pakistan on a muted scale on Wednesday but the organisers said a much bigger event will follow after the end of Ramadan.

Yoga guru Shamshad Haider, founder of Yoga Pakistan, which runs over 50 clubs across the country, told IANS over telephone: “Due to the Ramdan and people preparing for Eid, we could not organise a big event this year. Read More…

United Nations– The UN began the International Day of Yoga (IDY) celebrations with the release of stamps, a water puja and meditations for peace in the world’s most diverse gathering of nationalities, religions and races.

More than 1,000 people, including permanent representatives of several nations, diplomats, UN staff and yoga enthusiasts attended the outdoor “Yoga Session with Yoga Masters” session on Tuesday at the UN headquarters on the eve of the Third IDY. Read More..

Washington–The Republicans have won a closely contested US Congressional election in Georgia, seen by many as a referendum on Donald Trump’s presidency, a media report said.

Karen Handel retained the Atlanta seat for the Republicans with 53 per cent of the vote, against 47 for her Democratic rival Jon Ossoff, the BBC reported on Wednesday.

On the victory in suburban Atlanta, Trump tweeted: “Congratulations to Karen Handel on her big win in Georgia 6th. Fantastic job, we are all very proud of you!”

Georgia’s sixth district is a traditionally safe Republican seat but Democrats had hoped to capitalise on the President’s low approval ratings, the BBC reported.

Spending on candidates was put at $56 million, making it the costliest Congressional election in US history.

Democrats have already suffered narrow defeats in Kansas and Montana this year.

“I need to also thank Speaker Ryan and the House leadership and so many of the members across this country. And a special thanks to the President,” she said. (IANS)

Five Things You Need to Know Today, and Modi-Trump Summit