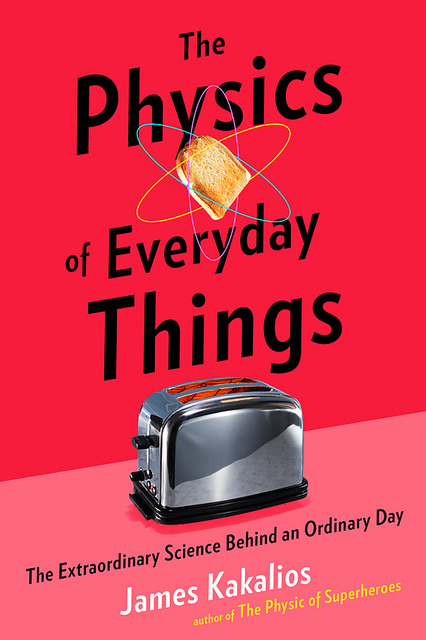 Oscillatory motion, capacitors, potential difference, disordered semiconductors, destructive interference and so on may seem, for many of us, terms only fit for a physics textbook — but do we have any idea what they do in our daily lives? Mobile alarms, ATMs, digital cameras, photocopiers, noise-cancelling headphones, to say the least.

The laws and processes that govern our cosmos down to molecules and atoms, and the harnessing and manipulation of their behaviour, has played a role in our lives — even before and beyond the invention and easy availability of technical gizmos most of us now don’t seem to live without, but still most of us are oblivious of it.

Part of the responsibility lies in the dreary, theoretical teaching of the subject to many generations, especially Indians, and part in the reluctance of most of us to pursue knowledge which we think is of no relevance to us. But showing how wrong we are in ignoring these forces and effects and the world they are helping to build is James Kakalios, physics professor and science communicator.

Kakalios, currently the Taylor Distinguished Professor at its School of Physics and Astronomy at the University of Minnesota (where he has been since 1988), uses the example of an urban professional in the course of a fairly normal day for his purpose.

From waking up, breakfast, driving to visit a doctor for an examination, flying out to another city to give a presentation and relaxing in a hotel subsequently, he provides a lucid introduction to how electro-magnetic forces and radiations ranging from radio waves to X-rays enable us to live hi-tech lives that would have amazed our grandparents (or great-grandparents of millennials)

These forces, as we learn, power appliances, devices and resources from toasters to toll pass cards, from ATMs to GPS, from touchscreens to motion detectors, Cloud storage to coffee machines, the internal combustion engine to the internet, and lithium batteries (including why they are more hazardous) to magnetic trains, and more.

Kakalios, who uses some familiar imagery like of people descending a staircase and of a half-empty theatre to explain sub-atomic behaviour, also demonstrates well how technology has to be in consonance with theory. This is best shown by GPS satellites having to regularly correct their time to counter the discrepancies indicated by Einstein in his Special Theory of Relativity.

He also occasionally takes the opportunity to throw light on a matter that may be tangentially related to the issue he is discussing but may have the same general principle.

One of the most valuable, especially for us Indians, is the explanation of how traffic behaves as a “flux” and the jams which do not seem to have an obvious cause, like an accident or diversions due to construction activity, occur. He, more importantly, shows us how they can be resolved.

Also, there are interesting nuggets, connected or not — how quartz crystals behave like springs, how your car lock remote generates a new password every time it is used, or even the ubiquitous wi-fi we are so anxious to locate everywhere may sound like hi-fi, short for high-fidelity (of sound reproduction), but is not a nickname or contraction itself.

Finally injecting a note of reality, he explains why flying cars are not feasible at the current levels of physical and chemical knowledge.

But Kakalios, who launched a seminar course titled “Everything I Know About Science I Learned from Reading Comic Books”, wrote “The Physics of Superheroes” and was science consultant for the 2009 Zack Snyder superhero film “Watchmen”, does sometimes get a little bit too academic.

At a few such points, he, despite his framing story and witty asides, goes beyond the layman to assume a level of knowledge of the subject in the reader. However, these are no easy matters he deals with and they cannot be simplified beyond a level — you ought to have paid more attention in high school.

Despite this, it is an illuminating and incisive look at science, especially its prowess at using natural forces for mankind’s benefit (largely), with the ultimate lesson that it is better than a range of other “sciences” based on holy animals and the like. (IANS)