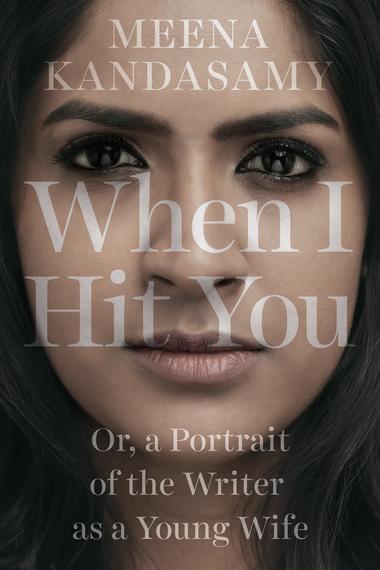 New Delhi–A scathing portrait of traditional wedlock in modern India, the many horrors of domestic violence forms the background of this novel. The author has weaved her personal experiences of an abusive marriage in the haunting fictional account and has now contended that the depth of perils women face in domestic violence can destroy them.

“In a sense, this novel would not have existed if I had not gone through an abusive marriage myself. Until I had first-hand experience of how badly domestic violence could destroy you — how it could empty out your entire sense of self-worth, how it could rob you of the last shred of confidence, how it could make you an accomplice in your own abuse — I had no idea that it was such a horror-show,” author Meena Kandasamy told IANS in an interview.

“When I Hit You” (Juggernaut / Rs 499/ 272 pages) is a novel based on Meena’s own life and chronicles the horrors of an abusive marriage with immense integrity and skill. “At the heart of this novel is a period of my life,” she says, “that I want to bury out of my memory forever.”

It’s hard to find a novel that captures the nuanced realities of the lives of so many Indian women in such a compelling manner. But in the writer’s seat, did Meena take any caution while narrating the tales of domestic violence and were there any challenges that she faced while drawing the structure of this novel?

Meena said that she was definitely cautious as the essential idea was to keep the “woman’s dignity” intact. “When violence is written out in the most grotesque form possible, then we are enacting it once again on the woman, once again reducing her into an object of suffering. I had to show the violence and at the same time I had to keep it from reducing into a peep show. I did not want to feed any voyeuristic urges in anyone.

“It was like walking on fire — you need speed and skill and grace and faith in your own abilities. You do not stop too long to ponder on anything because that could burn you,” she added.

The much acclaimed novelist of “The Gypsy Goddess” said that she also wanted to show things that went beyond physical violence. Women in abusive relationships are constantly humiliated, their intelligence is questioned, tastes ridiculed and they are seen as second-grade decision-makers. It was equally important for her to bring out all the emotional violence at the heart of a bad marriage.

One striking feature of this novel is the fact that it is told in the first-person, thereby enabling the writer to communicate directly with her readers and not through her characters. When asked why she chose the first-person narrative technique, Meena said that she initially began in the third person (10,000 or 15,000 words into the novel) and that was slightly easier — to write the story from that perspective and to put a distance between her (the writer) and the unnamed character.

“Then, one day, I switched to the first person and rewrote everything I had written and it was excruciating because suddenly I had to inhabit the story from inside, but it was also liberating because finally I could breathe fire from within. It made the writing difficult for me, but the vulnerability of the character could be easily accessed by the reader. I showed the new stuff to my agent and he totally supported my decision and said that it was now so much stronger. From that point, there was no looking back,” Meena recalled.

The novel itself is a kind of literary portraiture, or a story of how the woman of the novel survives a violent marriage through her writing, and her belief in the invincible power of art. So, the jump between fiction and non-fiction becomes justified.

“I sometimes think that this novel holds a mirror to society — for Indian men and women to interrogate the nature of abusive marriages, the casualness with which everyone accepts and justifies wife-beating, the fundamental and unquestioned power differential in a couple, and how women are always blamed when anything goes wrong. Upon reading this novel, even if one woman vows to find the strength to walk out of abuse, the novel would have more than done its job,” she said.

In a country where we’re shocked and then numbed by the statistics and news, this book speaks up as a personal, powerful and stunningly written account. It turns pain into art to tell a story that terrifies and grips you.