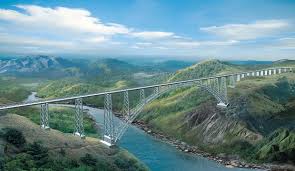 Katra– A rail bridge over the Chenab river which, at 359-metre, is claimed will become the world’s tallest, will significantly improve Kashmir Valley’s connectivity with other parts of the country and also create tourism facilities that are expected to boost local employment.

The construction work on the “engineering marvel” — slated to be completed by 2019 — has already provided employment to over 1,000 local residents and the Railways has plans to turn the area into a major tourist hub with facilities for adventure sports, including bungee jumping.

The 1,315m-long bridge would be 35 metres taller than the Eiffel Tower and will complete the missing rail link between Kashmir’s summer capital Srinagar and the rest of the country. It will join Bakkal in Katra town of Reasi district in Jammu region with Kauri in Srinagar district.

Engineers working on the project have braved several challenges, including the difficult topography, and have even had to account for high wind speeds for a structure so high.

The bridge, with a 14m-wide dual carriageway and a 1.2m-wide central verge, is part of Jammu-Udhampur-Srinagar-Baramulla Rail Line (JUSBRL) project of Indian Railways.

The bridge, with a lifespan of about 120 years, has unique safety features. It can withstand an earthquake of high magnitude and also high wind speeds. Sensors would measure the speed of wind and if this exceeds 90 km per hour, trains would not be allowed to pass over the bridge.

The mountainous terrain has entailed the construction of about 200 km of approach roads and this will prove useful in ushering in tourism.

“This project will bring a lot of prosperity to the area. We have already employed over 500 local youths. Construction of more than 200 km of approach roads will provide connectivity to far-flung villages,” Railways spokesperson Anil Saxena told IANS.

The railways have also provided permanent jobs to a member of family whose land has been acquired to the extent of 75 per cent. Jobs have been given to 768 persons so far, said an official of the Konkan Railway, which is executing the project.

The roads along JUSBRL have connected several villages which were were linked only by sheep paths and foot trails. The roads have also proved beneficial to school-going children, patients and farmers looking for better markets for their produce.

The transformation in the lives of locals is also evident from new shops and other commercial establishments coming up to meet needs of the persons working on the project. Bus services have started to connect far flung villages. (IANS)