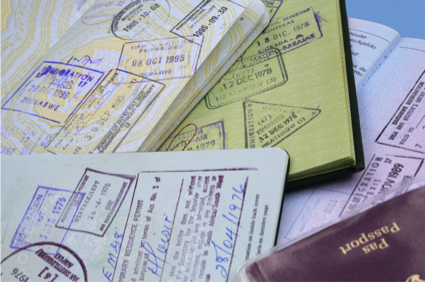 SAN DIEGO, CA–American Permanent Residents seem to be applying for citizenship in massive numbers. A number of factors have caused this rise, including Presidential Order 13768, which few people are aware of due to the lack of publicity surrounding it.

Any foreign person in this country with a criminal record of any kind is a priority for removal. Many foreign people are traveling to visit aging parents or to take vacations, only to discover that they are unable to re-enter the United States.

Simply speaking, even a charge for shoplifting can keep a Permanent Resident or visa holder out of the United States, despite the fact that their children, careers, and homes are here. Expungements, contrary to popular belief, do not count for immigration purposes.

Permanent Residents with criminal records should file an immigration waiver in order to have any offense ‘waived’, or overlooked. Absent a winning waiver, a simple traffic stop is all it takes to turn someone’s life upside down.

One would hope that love of country is the reason people apply for citizenship, but there are many other benefits to being a US citizen:

There are a number of reasons people apply for U.S. Citizenship, and now more than ever, people are filing in order to protect their ability to remain in the United States with their families and their lives.

(Steven Riznyk is a business and immigration attorney with myImmigrationAttorney.com, and has been practicing for 29 years. An author, he creates cases for the public and immigration lawyers. He has been training lawyers for decades in the complex areas of immigration law. He can be reached at (619) 677-5727 or contact@SanDiegoBizLaw.com.)