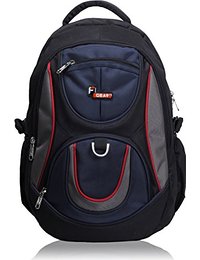 Srinagar– The picture of a schoolgirl holding a basketball under her arm while kicking a vehicle of the security forces has become iconic because it sets the narrative for the ongoing students unrest in Kashmir.

It all started on April 15 when security forces entered the degree college in Pulwama town and roughed up students inside the campus.

Ever since the separatist violence started in the state in the early 1990s, the walls between institutions and the security forces have crumbled. Raids to trace out militants have been carried out a number of times in educational institutions during the last 27 years.

What actually acted as a catalyst for the present unrest were the pictures of the students being beaten up inside the college on April 15. These pictures went viral on social media sites, triggering a spiral of unrest ever since.

Supporters of the students’ unrest maintain that these pictures were posted by the security forces to avenge the manhandling of some troopers by the youth in central Badgam district on April 9 during Parliamentary by-polls in the Srinagar-Badgam constituency.

“If it becomes an eye-for-an-eye situation between the security forces and the youth, then all of us would be shortly blind,” said a student who obviously did not want to be named.

The state government has shifted senior district police officers from Pulwama for mishandling the April 15 situation.

Education Minister Altaf Bukhari has advised students to attend classes and focus on their careers.

“All the grievances of the students will be addressed. They are within their rights to stage peaceful protests within the educational institutions, but they should not hit the roads.

“Once the students hit the roads, blocking traffic and hurling stones, it becomes a law and order problem where the security forces have to intervene,” the minister told the media here.

He has also started a series of meetings with heads of educational institutions to reclaim the sanctity of these institutions in the Valley.

Chief Minister Mehbooba Mufti has expressed confidence that the situation will soon return to normal.

“We have seen worse days in the past. Things will return to normal soon. I request the media, especially the electronic TV channels, not to project the local youth in a bad light.

“Every Kashmiri youth is not a stone pelter,” she said on April 8 on the day the civil secretariat began functioning in Srinagar after its six-month-long sojourn in winter capital Jammu.

The Valley’s police chief, Inspector General of Police S.J.M. Gilani, told a media conference that “outside elements” had been responsible for fomenting trouble in the educational institutions.

He also said there was evidence that money had been used to start trouble in a local college and school in north Kashmir’s Handwara town last week.

While asserting that the students’ unrest was being properly handled, the top police officer said 95 youths had joined militant ranks since last year and a total of 200 militants were at present active in the Valley.

Given the magnitude of the students’ protests during the ongoing unrest, there is little doubt that the police and the paramilitary forces are handling the situation with utmost restraint.

Stone-hurling recently brought down a boundary wall of a college in Srinagar: to use the bricks for pelting at traffic and the security forces.

Similarly, during the protests in Handwara town, the security forces were seen exercising maximum restraint while handling protests by boys and girls of local educational institutions.

There has hardly been a day since April 15 when protests have not been staged by students in one or the other part of the Valley.

Schools and colleges at some places were temporarily shut and then re-opened so that the academic activities of the students did not suffer.

The separatists, while condemning the security forces for fighting the students unrest, have not, fortunately, issued statements to add fuel to the fire.

Politics holding the future of students hostage is a misfortune, but students hitting the streets to hurl stones instead of attending classes is a catastrophe everybody must help Kashmir to come out of.