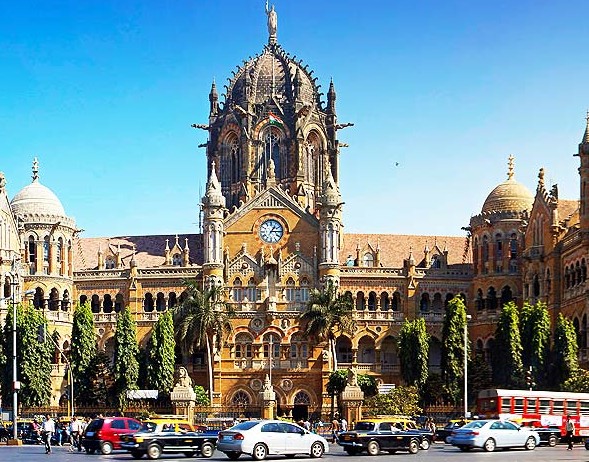 Mumbai–The famed Chhatrapati Shivaji Terminus and headquarters of the Central Railway has been renamed by adding ‘Maharaj’, while Western Railway’s Elphinstone Road station has been rechristened as ‘Prabhadevi’ station, an official said here on Saturday.

This is the fourth name change for CST — earlier known as Bori Bunder in the 1850s, then rebuilt as Victoria Terminus to commemorate the Golden Jubilee of British monarch, Queen Victoria.

Later, during the first Shiv Sena (SS)-Bharatiya Janata Party (BJP) government, the name was changed to Chhatrapati Shivaji Terminus, and now under the second BJP-SS regime, it has become ‘Chhatrapati Shivaji Maharaj Terminus’, in honour of the great Maratha warrior king.

Elphinstone Road was named after the Governor of Bombay Presidency, Lord John Elphinstone, who held the post between 1853-1860.

A few months before his appointment, history had been created in India with the first railway line laid between Bori Bunder-Thane, 34 km away, which became operational on April 16, 1853 by the Great Indian Peninsular Railway.

The new name ‘Prabhadevi’ is dedicated to Goddess Prabhavati Devi, whose 12th century idol is installed in the modern temple, now over three centuries old.

The CSMT, a beautifully designed building — constructed at a cost of around Rs 1.61 million between 1878-1888 — is designated as a Unesco World Heritage site and one of the busiest terminals of the Indian Railways.

The CSMT came into global headlines nine years ago when it was targeted by Pakistani terrorists during the November 26-28, 2008 Mumbai terror attacks.

Welcoming the Centre’s decision, Transport Minister Diwakar Raote said the state government would initiate measures to implement it on priority.

Now, there is a demand to rename Marine Lines station as ‘Mumbadevi Station’, made by BJP legislator Raj Purohit to Railway Minister Suresh Prabhu and Chief Minister Devendra Fadnavis.