Mumbai– Members of the Hindi film fraternity have given a thumbs up to the Supreme Court’s verdict on the Nirbhaya rape case which took place in 2012. Some feel that justice has prevailed while there are others who want a “public hanging”.

The Supreme Court on Friday upheld the death sentences of all four convicts involved in the heinous and “rarest of rare” crime that sparked nationwide outrage over violence against women in the country. 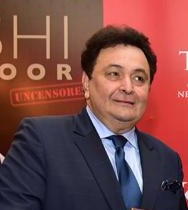 Rishi Kapoor: Nirbhaya verdict. Justice prevails. Being in a civil society, in this case,”Public Hanging” was needed to set an example for an everyday menace.

Siddharth: I hope the government plays the verdict of ‘death to rapists’ in cinemas before a film starts. Will be more patriotic than the national anthem.

Neha Sharma: Justice for Nirbhaya won’t be complete till the time the ‘juvenile’ Mohammed Afroz the most brutal one is roaming free. He should be hanged first.

Varun Dhawan: Even hanging the four criminals is not enough justice but it should serve as a reminder that how India deals with this crime.

Ranvir Shorey : It won’t bring Jyoti back, but I’m glad these four are on their way.

Raveena Tandon: May her tears flow No more..may the mothers daughter finally rest in peace. May all evil know there is a price to pay.

Pulkit Samrat: Dear defence lawyers, it is not a human’s right to rape another human and such criminals have no right to live!

Shruti Seth: I hope this is a lesson. It’s a hard one so let’s wish it is well learnt. May it bring some sort of peace to Jyoti ‘s family.