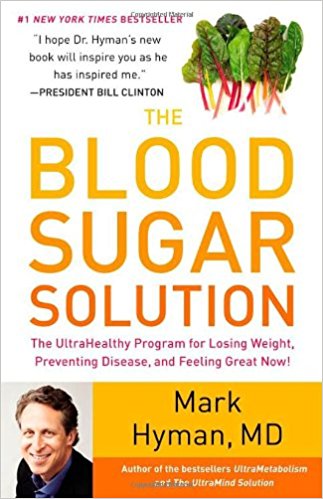 New Delhi– Learn to question the concept of nationalism by reading the tale of an air warrior; know about the the obstacles faced by women vying for a top job; go through the fastest way to lose weight; flick through the story of a teenager who sets out to investigate a murder through his indulgence and escapades.

The IANS bookshelf offers a good combination of fiction and non-fiction for this weekend. Read on!

“Why do they call you Baaz?”

“It means falcon,” he replies solemnly. “Or bird of prey. Because I swoop down on the enemy planes just like a Baaz would.”

Then he grins. The grey eyes sparkle.

It’s 1971. The USSR-backed India-Mukti Bahini alliance is on the brink of war against the US-aided Pakistani forces. As the Cold War threatens to turn red hot, handsome, laughing Ishaan Faujdaar, a farm boy from Chakkahera in Haryana, is elated to be in the IAF, flying the Gnat, a tiny fighter plane nicknamed “Sabre Slayer” for the devastation it had caused in the ranks of Pakistan’s F-86 Sabre squadrons in the 1965 war.

Flanked by his buddies Raks, a MiG-21 pilot, Maddy, who flies a Caribou transport aircraft, and fellow Gnatties Jana, Gana and Mana, Shaanu has nothing on his mind but glory and adventure — until he encounters Tehmina Dadyseth, a famed bathing beauty and sister of a dead fauji, who makes him question the very concept of nationalism and whose eyes fill with disillusioned scorn whenever people wax eloquent about patriotism and war.

Pulsating with love, laughter and courage, “Baaz” is Anuja Chauhan’s tribute to our men in uniform.

Four female executives are on Trans-Geo Tech’s shortlist to become the next CEO. The same women are on Jim Kenyon’s shortlist for murder.

But Jim has one more victim on his list — his nemesis Ella Laraway. She now works for Ridley Latimer’s company, Tackle and Trim. Ella accepts TGT’s invitation to help them vet the shortlist of CEO candidates to replace Tapan Rao. She knows Jim won’t be able to resist this chance to kill them all.

After all, Wargrave Island is a remote place on the Canadian-American border. Meanwhile, detective Rae Birnam and detective Frank Bianchi (from Outsourced) are aware that Jim may try to kill Ella and they are gathering nearby. Then the body count starts rising.

First, their hostess Mrs Owen disappears. Then Jim knocks out the power and communications. He kills Warren, the handyman. The women (Sondra, Bettina, Parvani, Mickey, Julia) decide to do what they learned in business — pair off to divide and conquer, and fight for themselves. But Julia dies.

Through the book, the author examines the path to career success at TGT and the obstacles faced by women vying for a top job. One of those obstacles will test every skill they have. Although the list of candidates may be short, there’s someone close by with plans to make it a lot shorter.

But Ella finally comes through with help from boss-cum-lover Ridly Latimer, TGT gets its new CEO, the villains are all locked up or dead and Ella finally manages to take a well-deserved break.

In “The Blood Sugar Solution”, Mark Hyman reveals that the secret solution to losing weight and preventing not just diabetes but also heart disease, stroke, dementia, and cancer is balanced insulin levels.

With advice on diet, green living, supplements, medication, exercise, and personalizing the plan for optimal results, the book also teaches readers how to maintain lifelong health. Groundbreaking and timely, the book is the fastest way to lose weight, prevent disease, and feel better than ever.

An old woman is found dead, a tribal warlord intent on destroying what has been irrevocably resurrected, a troubled teenager craves intoxication more than life, and a middle-aged woman who has a secret — a secret that could destroy her and everything around her.

On the surface, Rohan is just another average teenager who goes to school, likes listening to rock music, hates his parents and has his own ideas of fun. He does, however, have an interesting indulgence, now and then. His love for the occasional joint of marijuana, rolled and sealed at the tip, gives him the escape that he craves for.

When a brutal murder in his neighbourhood brings the police knocking on his door, he decides to make his life more interesting than ever.

He sets out to investigate the murder, not through logic or deduction, but through his indulgence and his escapades. Little does he know that close at hand, in the physical world, lurks a terror so ghastly and terrifying that even a renegade warlord from the jungles of Sunderbans — Bagha — shudders in his sleep when he dreams of it. Which is why he has come back, all the way, looking for it. To win what he once lost. To regain what he once couldn’t salvage.

Will Rohan get the answers he is looking for, from the beyond? Or will Bagha slay the demons once and for all? Or will the darkness take them both? (IANS)