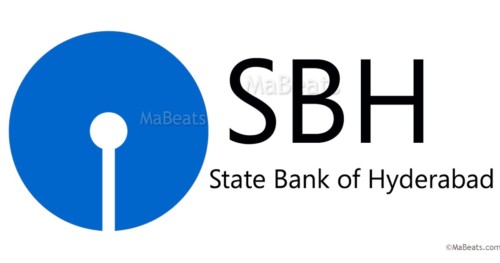 It was the identity and an integral part of the rich legacy of this historic city and one of the last remnants of the Asaf Jahi dynasty of the erstwhile Hyderabad state.

The curtains were drawn on Saturday on the last of the famous symbols built by Mir Osman Ali Khan, the seventh and last Nizam of the then largest and wealthiest princely state.

Considered world’s richest man of his times, he set up ‘Hyderabad State Bank’ on August 8, 1941.

As the central bank of the princely state, it managed Nizam’s currency — the Osmania Sikka, public debt and commercial banking operations.

The bank opened its first branch at Gunfoundry in Hyderabad on April 5, 1942.

When Hyderabad State acceded to the Indian Union in 1948, the bank had nearly 50 branches spread over Telangana and parts of the present day Maharashtra and Karnataka.

The Hyderabad State Bank became State Bank of Hyderabad and was taken over by the Reserve Bank of India in 1956. In 1959, it became a subsidiary of the SBI.

After formation of Telangana in 2014, SBH was the lead bank of the newly created state.

SBH’s headquarters at Gunfoundry was an iconic building and one of the city landmarks.

Nothing will change for customers of the bank, which had about 2,000 branches and the life will also be same for its 19,000 employees.

However, for Hyderabadis this change in the identity is a huge loss. “It is a sad day. It is one more deletion from our history,” heritage activist P. Anuradha Reddy told IANS.

She recalled the iconic building was designed by Muhammad Fayazuddin, who was Hyderabad state architect and India’s first town planner, who designed many other lanmark buildings in the city.

Reddy points out how Hyderabad is losing one institution after the other having strong identity with the city and its history.

“My father Sreeram Bhoopal who was from Hyderabad Civil Service had an account in Hyderabad Bank. It had a unique system where one can deposit his valuables in safety box even during night time and the next day move it to his bank locker,” said Reddy, a member of India National Trust for Art and Cultural Heritage.

“The development has come as a shock for us,” said Mohammad Safiullah, a city historian who was planning an exhibition to mark platinum jubilee of the bank.

Deccan Heritage Trust wanted to display its collection of currency of Nizam and India.

Safiullah feels sad that the name of Hyderabad has been dropped for forever from the bank, which had strong link to the city and its history. (IANS)