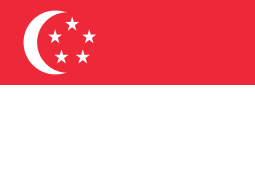 Singapore– A Singapore court has fined an Indian Imam 4,000 Singapore dollars ($2,860) and he will be deported to India for making offensive remarks against Jews and Christians.

The Straits Times reported on Tuesday that Nalla Mohamed Abdul Jameel, 46, will have to leave Singapore.

A court on Monday fined him for making the remarks which he knew were “prejudicial to the maintenance of harmony between religious groups and was likely to disturb the public tranquillity” in the island state.

Nalla admitted to committing the offence on January 6 at the Jamae Chulia Mosque on South Bridge Road where he was the Chief Imam.

After the Friday sermon that day, he recited a prayer on his own in Arabic which said: “Grant us help against the Jews and Christians.”

The Straits Times quoted the court papers as saying: “The accused knew what the words meant and knew that the phrase may also be interpreted as asking God to grant Muslims victory against the Jews and Christians.”

The Imam issued a public apology and met leaders of various religious groups after the offensive remark went viral in February, triggering a police probe.

Nalla could have been jailed for up to three years, or fined, or both.

His lawyer Noor Mohamed Marican told the court that the Imam recognised that his actions were wrong, he had expressed remorse and apologized to Jewish and Christian leaders as well as to the Muslim community and the public.

District Judge Jasvender Kaur fined him after considering the aggravating and mitigating factors of the case.

“Having lived in Singapore since 2010, you would have been aware of the fact that Singapore is a multiracial and multi-religious society and that it was necessary for you to be sensitive and not to say anything in your sermons that may undermine the harmony that exists among the different races and religions,” the judge said.

“This incident demonstrated that comments made, albeit irresponsibly or thoughtlessly, to a small group of people, can easily be uploaded onto the Internet that provides access to a potential audience of thousands and sometimes millions,” she added.

“Your strong sense of remorse and the active steps that you have taken to contain the harm caused are compelling mitigating factors.”

The Imam, who turned up in court with Muslim, Sikh and Buddhist leaders, was calm when the sentence was read, the newspaper reported.

The Ministry of Home Affairs said the Imam would be repatriated. The phrase he recited, it added, “was and is unacceptable in a multiracial and multi-religious society”.