New Delhi–India on Friday rejected a motion passed in a Canadian provincial assembly that described the 1984 anti-Sikh riots as a “genocide”.

“We have noted the passage of a private members’ motion in the Legislative Assembly of Ontario on April 6,” External Affairs ministry spokesperson Gopal Baglay said.

“We reject this misguided motion which is based on a limited understanding of India, its Constitution, society, ethos, rule of law and the judicial process,” he said. 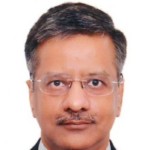 “Our views have been conveyed to the government and political leadership in Canada.”

Harinder Malhi, a Member of Provincial Parliament (MPP), moved the private member’s motion in the Ontario assembly on Thursday which was passed by 34 votes in favour and five against, accounting for just about a third of the Assembly’s total strength of 107.

There are around 1.2 million people of Indian origin settled in Canada and around 500,000 of them are from Punjab.