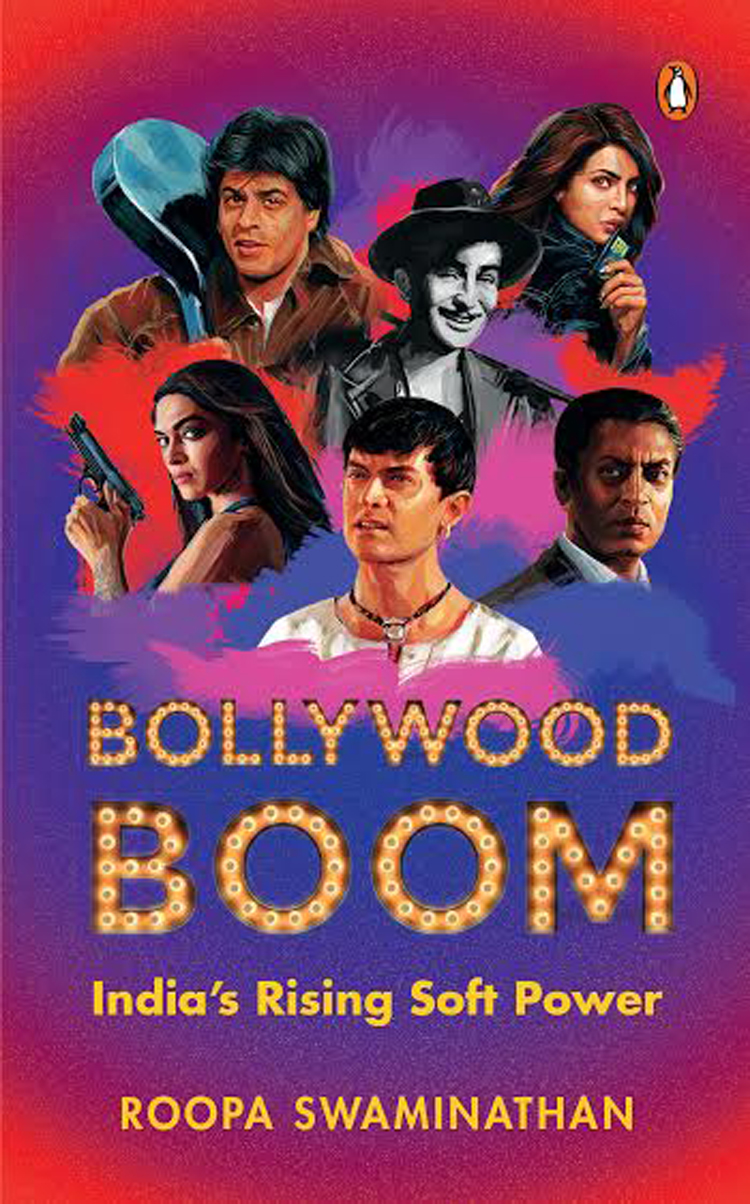 This offering by National Award-winning writer, filmmaker and scholar Roopa Swaminathan is the ultimate guide to the rising appeal of Bollywood globally — and it attempts to unravel the many reasons that have led to the changing perception of India on the international stage.

In “Bollywood Boom”, the author opens a window to the spectacular success of Bollywood in the 21st century and its direct contribution to India’s rising soft power and influence. Using extensive research, a compelling argument and fun anecdotes, she shows how Bollywood not only brings to the country real income through trade and tourism but also enhances its global standing.

A country — long held as the land of snake charmers and poverty — is finally claiming its rightful place in international perception, Swaminathan argues in the book. What is more crucial is the fact that this change is not a result of the many campaigns carried out by Indian missions abroad but simply because of Bollywood’s oeuvre becoming more modern and refreshingly different.

Vividly portrayed by numerous anecdotes and examples, Swaminathan succeeds in reminding the many prospective readers of this book that Indian cinema is keeping pace with the times and since the beginning of the new millennium, it is “increasingly portraying India as a global power player”.

How does it matter? For a world dominated by the Western perception of India being poverty-stricken and backward, the rising influence of Bollywood is in many ways the legitimate mode of transporting the Indian brand into the minds and eyes of cinema connoisseurs.

And why not if you look at the success of Bollywood, both in India and at the global level.

From the Oscar-nominated “Lagaan” to “Bajrangi Bhaijaan” to “Ae Dil Hai Mushkil”, Bollywood has come a long way since the watershed “Dilwale Dulhaniya Le Jayenge” and the UK Top Ten debut of “Kuch Kuch Hota Hai”. Where earlier it was in Russia, East Europe and Africa that Raj Kapoor and Amitabh Bachchan enjoyed a devoted fan base, today the entire world is as entertained by the three Khans as by international stars Irrfan Khan, Priyanka Chopra and Deepika Padukone, Swaminathan reminds her readers.

For most of international viewers, all Indian cinema is generally thought to be Bollywood but that is not true and the author emphasises linguistic diversity of as one of the core strengths.

For instance, Tamil movies have an audience base in Sri Lanka, Malaysia, Singapore and Fiji; Bengali movies are hugely popular in neighbouring Bangladesh; and Punjabi films too have a huge audience across the border in Pakistan. This linguistic diversity of Bollywood, therefore, has a major influence in South Asia.

To cut a long story short, the author presents numerous case studies and anecdotes to highlight the emergence of Bollywood as India’s rising soft power and the offering at hand — highly anecdotal, vivid and factually rich — makes for a classic reading to understand the impact of Bollywood on the international stage. (IANS)