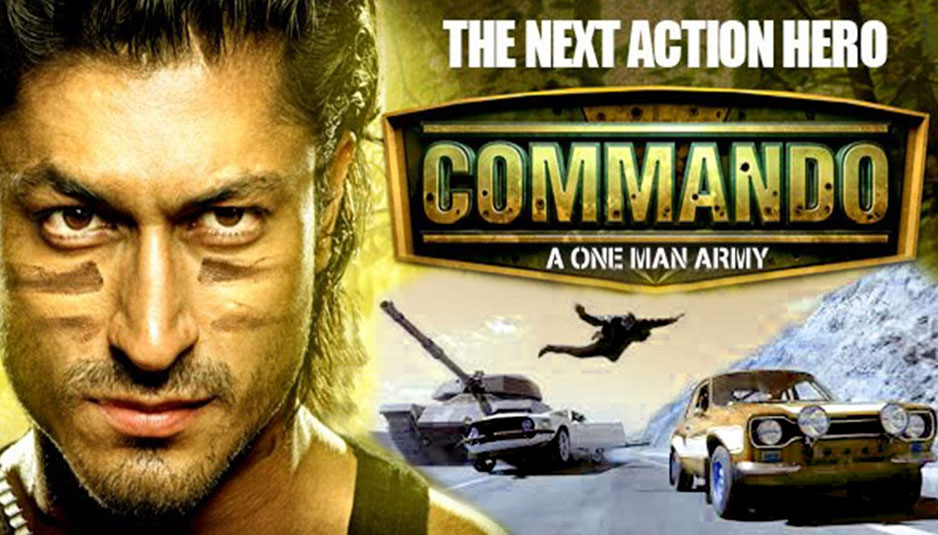 This is the second edition of this action thriller franchise, the first being released in 2013.

In this edition, after the arrest of India’s most wanted black money launderer, Vicky Chaddha in Malaysia, Captain Karanvir Singh Dogra, the Commando of the Special Cell, is assigned to accompany the police team to bring him back to India.

While the narrative begins with the recent demonetisation issue, it ends up with how the black money could help the poor deprived farmers of our land. The tale follows Karan as he uses his brain and brawn in planning, crossing and double crossing. The plot is pretentiously complex and convoluted with politicians, businessmen and the police involved.

There are many such moments like these where the film seems to have a crush on its own ludicrousness and is determined to keep the buzz going by never allowing the audience to look or think long enough to poke holes.

Tone is everything. The film is as knowingly unreal as some of the best early 1990s action classics. Like those films, this one is essentially synthetic with a body count. The director has the knack for setting up preposterous action scenes and then cutting away from them so quickly that you can’t help but chuckle in disgust.

Also in between a serious action sequence, when Karan asks his team members, “Tum sab theek ho?” What does he expect them to answer… and of course they are.

As for the action sequences, there are plenty, and they suffer the same fate. Karan just crashes through his universe, punching, kicking, displaying his parkour stunts and shooting himself and everyone that stand in his way.

And if you think that “Commando 2” is all about action and nothing else, then you are wrong. There is a plethora of lip locks and for some lighter moments, there is Bhavana Reddy, the encounter specialist, who mouths her dialogues with a Hyderabadi twang. She is used for slapstick effect throughout.

The on-screen vibes of the cast seriously lack chemistry and probably apart from the writing, this is a major drawback of the film. As individuals they are all perfect in their shoes, but on the rack they make odd pairs.

Vidyut Jammwal as Commando Karanvir Singh is sincere, but he fails to be convincing as his character graph is flawed. Freddy Daruwala as ACP Baktawar seems to be a miscast as a team leader. He does not have the persona that balances Vidyut’s and thus is not impressive.

Adah Sharma as Bhavna Reddy is perfunctory but effective. She induces ample humour, but over the period, though consistent, the novelty fades. Esha Gupta is lukewarm as the femme fatale quotient Maria. Shefali Shah in a guest appearance is dull and staid.

Sumit Gulati as Zafar Hussain the Cyber Cell Officer who is an expert in hacking, is natural. He portrays his angst and resentment in an understated manner.

The film is grandly mounted with excellent production values. The cinematography is of fine quality, the background score which mostly consists of a rock-n-roll beat, makes the film seem like a frothy and laidback entertainer.