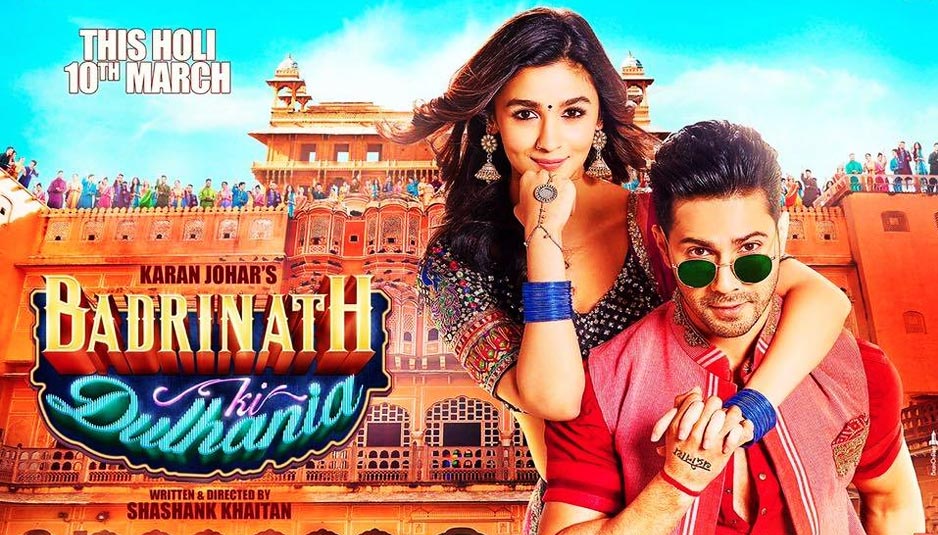 A quick-fix, from the stables of Dharma Productions, director Shashank Khaitan’s “Badrinath Ki Dulhania” is a typically cliched, frothy rom-com, which exploits the sheer charm of its stars.

A lot happens and it happens charmingly with such quick spirit and wit, that it’s enough to put you off rom-coms for a while. The film is not bad, but with no novelty factor. This is just a case of the law of diminishing marginal utility.

The story involves Badrinath Bansal (Varun Dhawan), a typical small town dude from Jhansi, who itches to get married soon. It is during his friend’s wedding in Kota that he spots Vaidehi Trivedi (Alia Bhatt), a bright, spirited and ambitious girl and sets his heart on her.

How he woos her, forms the crux of the tale.

What keeps you hooked is Varun’s buffoonish yet lovable character and with his charismatic and endearing performance, he portrays it with panache. He is aptly supported by Alia, who is effortless and convincing.

Together, they have the sort of chemistry that might make any dialogue work, and it certainly works in this story about a typical Indian guy who is bogged down by his overbearing father and an ambitious girl, till the boy finds courage to finally come right out and oppose his father. This sort of chemistry is not always inevitable, but it works well here.

Rituraj is a powerful actor but as Amarnath Bansal, Badrinath’s father, he is a misfit. Swanand Kirkire as Vaidehi’s father, Shweta Basu Prasad and Yash Sinha as Badrinath’s sister-in-law and brother have their moments of on screen glory.

One of the film’s problems is that the plot never gathers enough momentum, emotional or narrative, to involve the audience. With several amusing and compelling episodes the film seems forced, predictable and yet entertaining.

Mounted on a grand scale, the songs are peppy and even soulful. They complement the narrative, but not organically.

Overall, the film is visually appealing, glossy and vibrant.