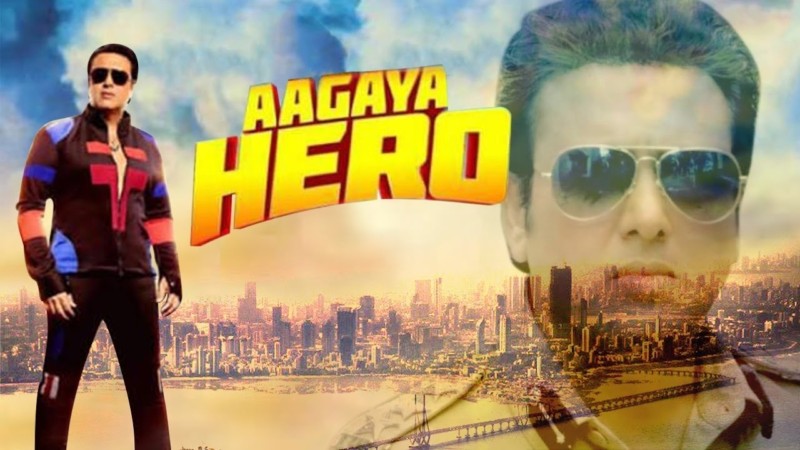 Giving this film a single star, is being gracious. This film, produced by Govinda, is supposed to be a vehicle to help him resurrect his non-existent career.

But instead with “Aa Gaya Hero”, director Dipankar Senapati has ensured that he lands up being a zero.

It is about crime, criminals and a sincere police officer who is trying to correct the wrong-doers. With multiple sub-plots running simultaneously with no concrete goal, the film seems like a litany of crime gummed-up like a cheaply made documentary which is occasionally punctuated with songs.

Govinda plays Inspector Ravindra Verma, an honest, earnest and fearless police officer who is genuinely concerned about bringing down the crime rate in the country. He tries to maintain law and order by using a strategy called ‘Abhinay Chakra’ but not before presenting a file about this to the president of the country.

The ‘Abhinay Chakra’ is a philosophical take on how all of us are actors and each and every one of us are merely playing our parts.

Unfortunately, the film is obnoxiously crafted as it lacks finesse in all aspects right from the writing to the execution. The script while trying to be subtly self-glorifying, is messy, outdated and crass.

‘In one scene, while Ravindra is chasing a goon with a baton ready to strike him, the goon tells him: “Tum kanoon ko haat mein nahin le sakte (you can’t take law in your hands)”, to which he retorts shaking the baton, “Nahin, isse hilata rahoonga,” this implying a smutty innuendo and there are a few of them.

The film feels like a Z-grade film of the early 1980s. Packed with numerous characters hamming while mouthing inane lines is saying the least.

Joining Govinda in this jamboree are Ashutosh Rana and Murali Sharma as brothers and local goons, Makrand Deshpande as the spineless MLA, Surendra Pal as a politician, Harish Kumar and Chandrachur Singh as inspectors along with Poonam Pandey and Richa Sharma as their colleagues in disguise.

The film boasts of a number of songs with Govinda doing his signature steps in each one of them. Unfortunately, Govinda and his steps now seem jaded. He lacks the energy and charisma he once exuded.

On the production front, the camera work is tacky and the computer generated images are of poor quality.

Overall, even Govinda’s fans would squirm while watching this film. (IANS)