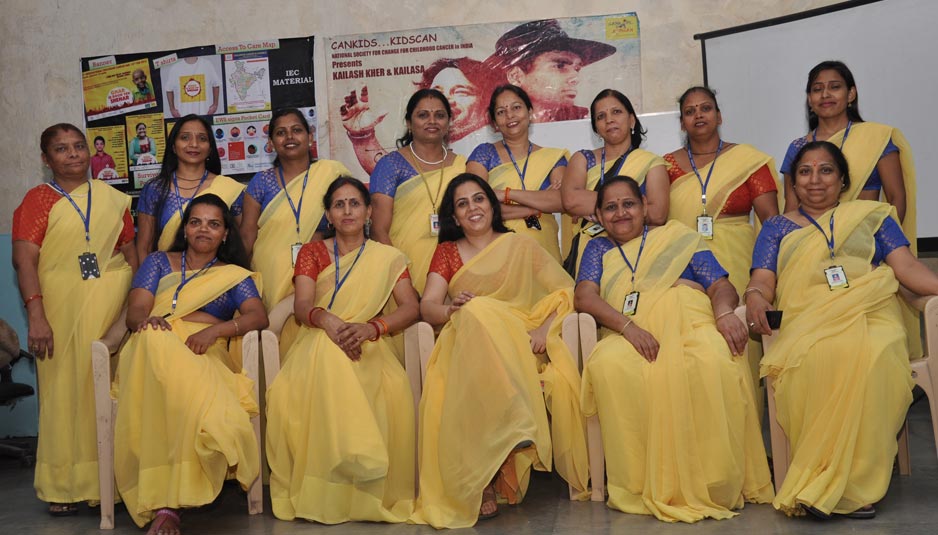 New Delhi — Nineteen years ago, Sonal Sharma’s two-year-old daughter Gungun was diagnosed with blood cancer and treated for over two years at the All India Institute of Medical Sciences (AIIMS).

After the ordeal, Sharma’s husband Anurag told her that at that stage they could simply go home and thank God for giving them their daughter back, or resolve to stay with other parents like them. The couple chose the latter option.

It was then that Sharma resolved to share the burden of other mothers, like her, in helping their children fight cancer.

“During the course of my daughter’s treatment, I could not find even one parent who could hold my hand, and assure that everything would be fine,” said Sharma.

Sharma co-founded NGO Cankids Kidscan with Poonam Bagai, a former bureaucrat and a cancer survivor herself, in January 2004 under the umbrella of the Indian Cancer Society.

It was on International Women’s Day in March that year that Sharma proposed the creation of a Parent Support Group (PSG) – parents helping parents – for emotional support, guidance, showing the way in hospitals and holding the hand of another.

Rekha, who’s son Anuj was also treated at AIIMS, and Shiela, who’s son Yash was treated at the same time as Gungun but succumbed to the disease, were the first members of the PSG, recalled Sharma.

Both of them had limited education but had huge amounts of compassion and commitment, she said.

“Not only was I able to hold out a helping hand myself, I also led others to do that. Cankids PSG was a vehicle that enabled us to channelise the emotions of our own journeys and walk with other mothers through their journeys,” she said.

“Our aim was to help mothers double up as social workers. They have their own experience, they know the hospital and its facilities and how to use the resources available. We train them and empower them with counselling and listening skills,” said Sharma.

“We reimburse them for their transport and out of pocket expenses and as they learn and are able to give more time they progress to becoming employees of Cankids and members of the Social Support Team as patient navigators.”

“Today we have 320 members across the country,” said Sucheta Sohal, programme manager and mother of 10-year-old Pratik who completed his cancer treatment last year.

“A whopping 95 percent of this group are women,” said Sharma.

Doctor Amita Mahajan, senior paediatric oncologist, and Pratik’s treating doctor, said: “I encouraged Sucheta to join Cankids and the PSG. It is the mothers who stay with the children through the long cancer treatment. They are the most affected, they need the maximum help.”

“I have seen Sonal and her team build up the group. Sucheta wanted to do something to give back to the cause and is already a strong professional woman,” said Mahajan.

On the International Women’s Day Mar 8, Cankids PSG was rechristened as “Path Pradarshak Parivarik Sahayak Group – P3SG” and all its members were honoured.

Usha Rani, 60, an unlettered woman, is one of the PSG volunteers who was rewarded.

“I never imagined that I will need to go to a hospital, stand in a line, and get my daughter treated alone, without any support,” she said.

Usha Rani’s daughter Neha was diagnosed with cancer in 2005. During the course of her treatment, CanKids helped the family in getting expensive medicines and other treatment support.

After Neha lost the battle against cancer, Usha Rani emerged from the low, to give back, and work for other children with cancer.

Now, Usha Rani works continuously without a break, running from one hospital to another, and acting as back-up for many people.

“I have acquired such confidence. I am able to talk to anyone – form the senior doctors to the cleaners. They respect us for where we come from and what we are doing,” said Usha Rani.

?We try to add two PSG members for every one social worker in each of our team in a hospital.”

Kapil Chawla, Cancer Survivor and Advocacy Officer of Cankids, said: “A PSG gives hope to mothers that their child can be cured and helps members of the group earn a livelihood.”

Cankids Kidscan is a national society which works for children with cancer through 45 centres spread across the country. It helps bridge the gap between needy cancer patients and paediatric cancer units and extends financial support.

Cancer kills as many as 264 children per week in the country. As many as 13,726 deaths due to childhood cancer occurred in India in 2010, out of which is 0.7 percent of deaths were among those aged 1 month to 14 years.