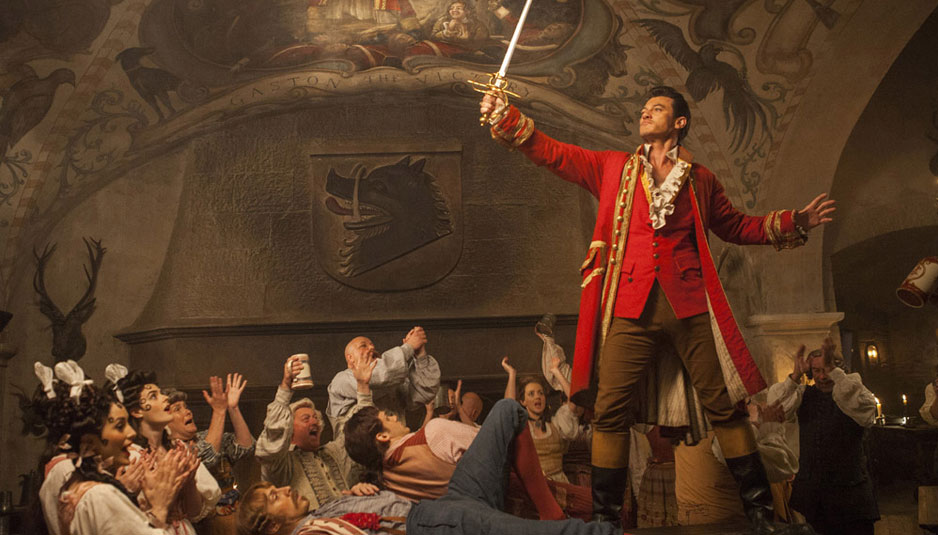 New Delhi — From its elaborate dance and music sequences to its larger than life terrain, there are multiple reasons why Luke Evans is in love with Bollywood. The Hollywood actor says he would love to break into Hindi cinema not just as an actor but as a singer too.

He is often seen slaying dragons or playing the role of a psychopath on the big screen. And up next, he will be seen as brawny male chauvinist Gaston in Disney’s live-action adaptation “Beauty and the Beast”, a musical.

Evans said he wants to explore the world of Hindi cinema and is waiting for an opportunity to come knocking at his door.

The Welsh actor and singer got a taste of Indian culture and a glimpse of Bollywood craze when he first visited the country back in November last year.

From finding big Bollywood posters splashed on the walls across the city to meeting people from all walks of life and cultures, Evans took back home a bundle of good memories. He wants to come back soon to add more notes to his Indian travel story.

“I actually went to India last November for the first time. I went to Mumbai and met a lot of people there from all walks of life and cultures. It was fantastic. I then went to Agra and Jaipur. I found the people and the country very gracious, kind and welcoming,” he said.

The 37-year-old “can’t wait to go back because it is such a huge country and there is so much discover there”.

“I am looking forward to going back to India,” he said.

When it comes to Bollywood, Evans talks with great passion. But what does he know about the world of Indian cinema?

“I don’t have a huge amount (of information). I know a few big actors and actresses. When I was there, I saw the posters in the city which were all about Bollywood. It is a huge industry. I would like to come and discover it more.”

Evans started his career as a stage artiste and got his big break in Hollywood in 2010 with “Clash of the Titans”. He then went on to do films like “Sex & Drugs & Rock & Roll”, “Robin Hood”, “The Three Musketeers”, “Immortals” and “The Raven”.

He got recognition as Bard the Bowman in the “Hobbit” trilogy, as a psychotic in “No One Lives” and through hit franchise “Fast & Furious”. Last year, he hit the right note with “The Girl on the Train”, and hopes to continue with “Beauty and the Beast” this year.

The actor, who is quite open about his sexual orientation, hopes that the film is loved across the world including India.

“I have no idea about how it will do in India. I hope that a much-loved animation like ‘Beauty and the Beast’ — which was a huge success worldwide — would be embraced by the Indian public,” Evans said.

“It is a wonderful story and takes you to a magical, wonderful scene. It has got beautiful characters and beautiful music,” said the actor, who first watched the original film with his mother when he was 12.

Evans went on to draw similarities between the film and Bollywood, and he hopes the similarities work in its favour.

“I know that Indian people love Bollywood — which is musically driven and this is one of the first big musicals that Disney has turned into a live action film. I hope they will love it just like we have loved making it.”

A lot of celebrities are voicing their dissent about the political scenario in the US, and making strong statements against US President Donald Trump.

But Evans is in no mood to talk about it.