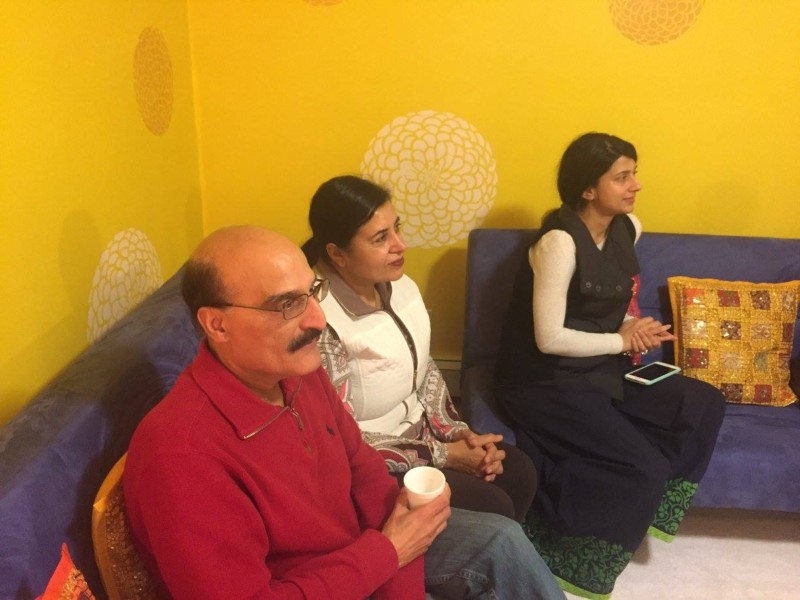 BURLINGTON, MA–Holi – that simple word is enough to fill our imaginations with vivid colors and festive memories. The pinks of the loving bonds we share with our families and communities. The reds of the passion we have for our culture and heritage. The greens of the freshness and renewal that spring brings to light every year… and the colors of joy, laughter, fun and good times.

It is this spirit of fun that is so central to the festival of Holi that Hindi Manch is trying to weave for the New England communities on March 11th. The stage is set. The poets have been practicing, the jokers joking, the comics comicing  for what promises to be a fun filled evening in Burlington, when Hindi Manch Haasya Kavi Sammelan comes to town.

Hindi Manch has been one of the most active organizations on the New England socio-cultural scene over the last nine years, hosting engaging and entertaining programs to pass on the heritage of Hindi and related languages like Urdu, Bhojpuri, Awadhi, etc. to the next generation through literary sittings, theater, cultural and musical events. They even had a singing competition before the movie SING made it ‘the thing’ to have singing competitions. At the core, Hindi Manch wants to bring together those who know or want to know about Hindi.

Haasya Kavi Sammelan is a program that features ‘haasya’ or ‘laughter-inducing’ themed literature, music and sketches. Gathering of poets – kavi sammelans and mushayaras, are an eastern concept, perhaps coming about from the culture of the gurukul, where education was passed down via recitation. While the western routines feature a standup comic telling jokes and stories to amuse the audience, the haasya kavi sammelan is unique in bringing the art of poetry and satire to the stage. This forum has long been the weapon of choice for artistic commentators to flesh out social and political skeletons in a way that often makes the audience laugh and cry in the same breath.

Holi is the most opportune time of the year for a gathering of this sort, and the Hindi Manch Holi Haasya Kavi Sammelan promises to be an event not to be missed. The program will have several local ‘kavis’ reciting their own creations, as well as those from eminent Hindi writers. Also on tap are other performances tapping into the dual themes of Holi and Haasya, including a production of the famous Amitabh Bachchan song ‘Rang Barse’, from the movie ‘Silsila’, perhaps the most well-known of Holi songs.

The event takes place at the United Church of Christ located at 6 Lexington Street, Burlington MA. The program will start at 5 pm, and is expected to last approximately 2 hours.

Talking about the event president and founder Preetesh Shrivastava said: “The first Hindi Manch Holi Hasya Kavi Sammelan event is SOLD OUT now. Thank you all for your support and trust towards Hindi Manch. The team is working hard to live up to your expectations.. I am sure that this event will be full of fun and laughter and will start a new and beautiful tradition in the New England area. Wish you all a very Happy Holi in advance”.

While there won’t be any ‘Holi-Playing’ at this event involving colors, the organization is seeking permission from the city to do a ‘Holika-Dahan’ at the Burlington common following the event.