New Delhi– When you do six shows a year, there’s not enough time for creative enterprise, an industry expert had once said. The Indian fashion industry is also undergoing the same concern as the growing demand has boosted fast fashion — resulting, as many designers say, in mindless consumerism and environmental hazards.

The fashion industry was estimated to be worth over Rs 720 crore in 2015.

It is said to be growing rapidly, with two major fashion weeks happening bi-annually, and several other city-specific, smaller but significant extravaganzas, giving a chance to hundreds of designers catering to couture, pret, kids wear, resort wear, mens wear, lingerie and the accessories sector. And, with the arrival of international brands like H&M, Forever 21 and Zara in India, a new generation of shoppers is on the rise. 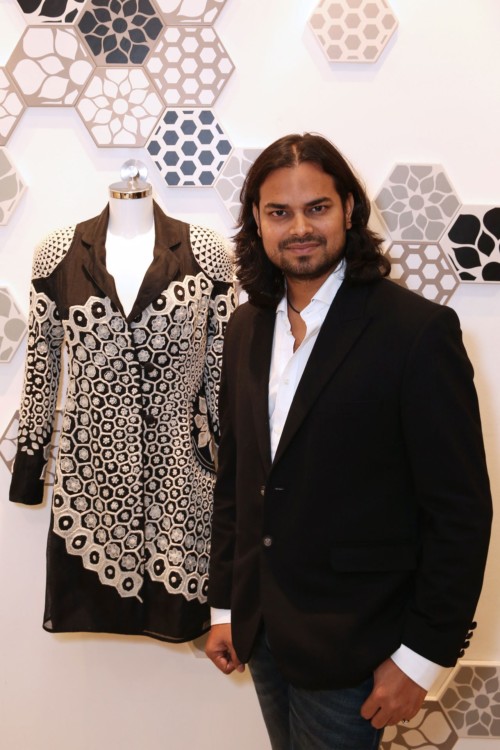 And to cater to that, industrial involvement — leading to pollution — is becoming rampant.

Designer Rahul Mishra, who has now become one of the most sought after Indian names in the fashion industry internationally, explained to IANS: “In every market, anything that sells in the economy, is either for a service or for consumption.

“From a needle to an airplane, everything we make, we use natural resources and it’s the same in fashion. It’s unavoidable, but it’s about balancing the approach. Fast fashion, with their fast production, not only hurts our resources but also employs less people, as these processes are usually highly mechanised.”

He also suggests there’s a need to adopt a slower process to empower talented artisans.

“By adopting a slower processes of creation, such as hand weaving and hand embroidery, it slows down the process of creating clothes and, in turn, empowers talented artisans who are in need of jobs. It also provides work and employment to the economy.

“Consumption can be backed by participation from these weak sections of society, to create clothes for their own livelihood. So there’s always an equilibrium that one has to find involving proper care of the environment, employment and overall social empowerment,” Mishra said.

Fast fashion has resulted in many international designers who are lending their creativity not only to their own label but also to many different brands. For instance, Karl Lagerfeld, who worked for Chanel at the same time as his own label.
Ace designer Ritu Kumar says: “In places where the need to replenish is required, the change of fashion is a boon. But where it is triggered out of a need to feed the multinational interests only, it is a bane.”

Kumar told IANS: “There is always the question of scale to consider in these circumstances. In India, traditionally, seasonal changes brought about a need for newer clothes as the old ones became worn out, soiled or faded. This is especially true for stitched garments.

“In some cultures, like ours, the Odhni sari would not wear out. Hence, it stood the test of time, but there was always a need to revive the choli, salwar or kurta.”

She pointed out how in Western countries, especially the colder countries, this need does not arise so much as clothes fray and fade much less, especially as they are now constructed in man-made synthetic fabrics.

“The fast fashion, mindless consumerism, was initiated in those cultures to ensure that wardrobes had to be replenished and hence the need to make people feel that their clothes were obsolete,” added the designer, who has over 25 years of experience in the fashion world.

It’s not just the designers but officials at different clothing brands in India, too, believe that “fast fashion” can dampen the spirit of the fashion industry in days to come.

Aparna Chandra, Head Designer – Clothing of brand Nicobar, said: “I feel the time is ripe when people in India should start taking individual pieces and styling the same thing differently for different occasions as opposed to buying a new thing every time for every occasion.” (IANS)