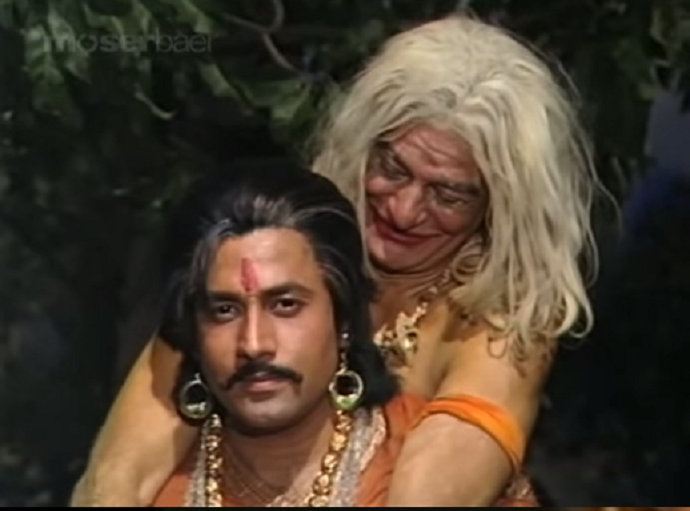 Confusingly complicated family relations, logical puzzles for intellectual betterment, problem-solving by, and through, imagination, the importance of choices, and the spinning on a basic tale through a number of episodes have a long pedigree in India. One of their best examples can be found in this ancient but still popular story.

It has all the traits of a Gothic horror — an impulsive and risk-taking hero, a cunning and ambitious villain, quests in sinister settings, supernatural beings — but transcends the genre (which wouldn’t be invented for centuries to come) with ethical, moral and even logical posers for the protagonist to solve correctly for the story to proceed.

And in its narrative device, a collection of stories within an over-arching framing story, the “Vetala Panchavimshati” (Sanskrit)/”Baital Pachisi” (Hindi/Hindustani) or “Vikram and the Vetala” (English, sometimes erroneously rendered “Vikram and the Vampire”) would go to inspire the Arabian Nights and others of the ilk.

But the provenance of these tales of King Vikramaditya (“valour of the sun”), ruler of Ujjain (or Prathitanpura or Dharanagar), is intriguing. Based on oral tales whose origins are lost in time, the two dozen stories (one is the framing story) were first rendered in written form in a 6th century work “Brihartkatha”, written by the mysterious Gunadhya in Paisaci, a little-understood dialect of Prakrit (some experts place it three centuries prior).

The stories first appear by themselves in Sanskrit versions by Jambhaladatta and Sivadasa, and it is these that are the bedrock for the subsequent retellings in vernacular languages as dispersed as Bengali, Marathi, Tamil and Newari. The first “Hindi” renditions was a Braj Bhasha version in the early- or mid-18th century by Kabishwar, which was adapted into Hindustani by Lallu Lal, at that crucible of modern Indian literature — The Fort William College of the East India Company, in the early 19th century.

This version, intended like others as a textbook for the English officers, but going to become one of the inspirations of modern literary Hindi, was the basis of subsequent Hindi editions and into other Indian languages, as well as English by a raft of British writers, including Richard Burton and an American Indologist.

But almost all versions contain roughly the same frame story, slightly differing in approach and content, and the other stories, though their order may alternate. The core is always that Vikramaditya, born in some unique circumstances along with two other boys — sons of an oilman and a potter — whose horoscopes reveal that one of them will rule the world if he eliminates the other two. Some renditions differ in telling us what happens to the other two or how he ascends the throne, but again converge in a yogi approaching him and impressing by a subtle stratagem.

Asked what he wants in return, the yogi (who is actually more of a necromancer) bids the king to come to him at night and asks him to retrieve a body, hanging from a tree in the cremation ground. The task is far from easy — the body is animated by a spirit (the Vetala) who makes all attempts to elude the king but is eventually overcome.

As the king is carrying the body back, the Vetala offers to tell him a tale to pass the time, and at the end, asks him to a question about it, warning the king, if he keeps shut, despite knowing the answer, his head will shatter. But the rub is that as soon as Vikramaditya answers, the corpse compliments him on his sagacity and flies back.

This goes on and on, till the king is stumped by a question on relationships — a king and prince plan to marry a queen and princess but find themselves choosing wrongly-aged partners. When the couples have children, what is their relationship between them? (Try answering.) At this, the Vetala informs Vikramaditya of the yogi’s reality and intentions and tells him the way to deal with him.

Whom should Vikram trust, and what should he do?

But this seems obvious; the real worth is in the stories, which are singular accounts of the human condition, their dilemmas, predilections and peculiarities. The answers is most cases are quite relevant even now (save a few when they reflect the norms of the then caste-ridden, patriarchal social structures).

Widely known to many Indian children of the last millennium due to their appearance in a popular children’s magazine, a mid-1980s TV serial (remade recently), the stories are still be retold and reinterpreted — Poile Sengupta and Deepa Agarwal have presented the most recent versions.