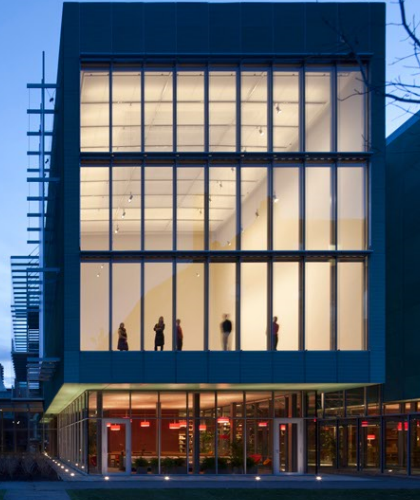 BOSTON– The Isabella Stewart Gardner Museum will open a thought-provoking, sound art exhibition this spring called, Listen Hear: The Art of Sound, featuring 12 artists and architects from around the world who use a broad range of approaches to sound art.

Various forms of active listening will be explored in the Museum and in nearby neighborhoods for the exhibition, which opens March 8 and runs through Sept. 5, 2017.

Listen Hear will feature 10 installations of sound art – eight designed to be experienced inside the Museum. Two others will be off-site, public art works:  a free app that offers an immersive sound walk of the Back Bay Fens, the urban park system adjacent to the Museum; and a sound environment installed at the Ruggles MBTA Station. Most of the works are conceived as site-specific installations for the Museum’s spaces including the Courtyard, the Dutch Room, the Tapestry Room, Hostetter Gallery, Fenway Gallery, and Calderwood Hall.

“These works are very diverse and reflect a growing and nuanced field.  They are designed to inspire the public to listen and to become more aware of how sound affects us,” said Pieranna Cavalchini, the Museum’s Tom and Lisa Blumenthal Curator of Contemporary Art. “In this exhibition, we are exploring different modes of listening in interior and exterior spaces. Different techniques delve into acoustic mapping and real-time projections of sound across urban spaces. It’s an entirely new way of thinking about sound.”

Listen Hear will feature works by a dozen emerging and established artists and architects who approach the art of sound from various perspectives: visual arts, architecture, landscape, design, and music. Installations can be found throughout the Museum in the Tapestry Room, Dutch Gallery, Fenway Gallery, Courtyard, Hostetter Gallery and Calderwood Hall. The concepts range from sounds that were once heard at the Museum in the early years to the imagined sounds that might emerge from the empty frame that once held The Concert, by Vermeer, which was stolen in 1990. In the historic interior Courtyard, there will be a subtle soundscape of insects and amphibian night calls, all of which are created by artist’s own voice. In Calderwood Hall, visitors will hear sounds and music recorded in branches of the Boston Public Library, city parks, and post offices.

In addition to installations at the Museum, there are site-specific works being created for the Fens, Ruggles station, and Haley House Café in Roxbury. Visitors will be able to follow a GPS-based sound walk called Fens, taking in the sounds of weather and water along with spoken voice and birdsong. Between Ruggles and Haley House, an acoustic corridor called “Harmonic Conduit” will transmit urban sounds from both sites.

In addition to the public art installations, the Museum worked in partnership with Elisa Hamilton and community organizations in Roxbury and Mission Hill to produce a collaborative “Sound Lab” project, creating an interactive, community listening experience in Calderwood Hall during the first week of the exhibition.