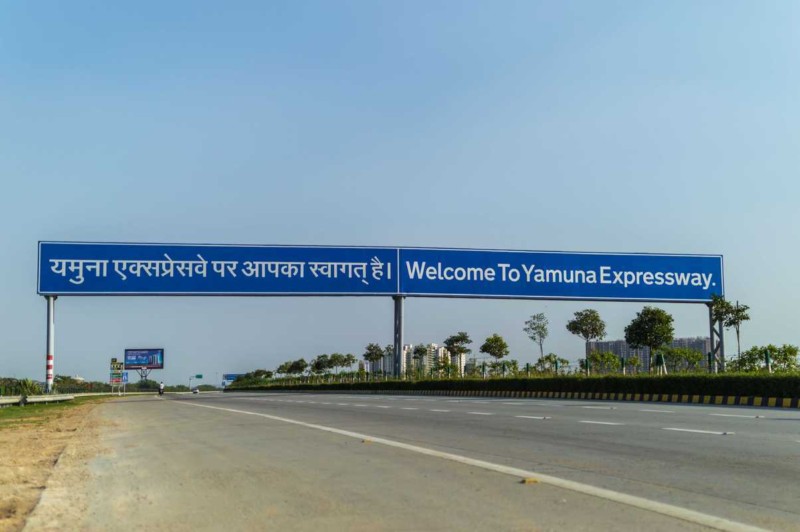 Agra– With an alarming rise in fatal accidents on the Rs 13,000 crore ($2 billion), 165-km long Yamuna Expressway — 548 in 5 years — questions are again being raised on its flawed design and the suitability of concrete roads to Indian environmental conditions.

There have been a staggering 4,054 accidents since the Expressway opened in August 2012.

Jain said due to laxity of the police and the Expressway Authority the scene had not changed at all, despite numerous complaints to the state government.

The Allahabad High Court had directed the state government to constitute a high-level experts committee in 2015, but the recommendations of this committee have not yet been implemented.

“Till date, there is no mechanism to monitor the speed of vehicles and challan (book) them promptly. Against the mandated speed of 100 kmph, most vehicles cross 150 kmph. This is reflected at display boards at the toll plazas but no action is taken,” Jain pointed out.

Obviously, four-wheelers running at such high speed lose balance or their tyres overheat and burst, causing accidents. In winter, the dense fog leads to accidents, but “people do not learn from such grim tragedies that lead to the loss of life,” social activist Devashish Bhattacharya lamented.

The Central Roads Research Institute has identified over speeding and tyre bursting as the main causes of accidents on the Yamuna Expressway. But the builder, Jaypee Infratech, and the Expressway Authority have so far shown no inclination to take drastic measures.

Jain said: “We have no choice but to approach the High Court again and seek fresh orders, if lives have to be saved. We had suggested to the experts committee to impose on the spot penalties on the basis of speed displayed on the electronic boards at the plazas. The Jaypee Infratech should share accident data periodically with the police and the Expressway Authority, plus carry out checks of tyres at the entry points.”

Motorists using the Expressway frequently say there are no facilities or checks. Even patrol parties are rare.

Formula car racer Harvijay Bahia said: “More than the speed it is the habit of overtaking that needs to be addressed; there are so many wrongly placed cat’s eyes that the tyres get heated due to contact with metal. I have written so many times, but they don’t care.”

“The biggest problem is that a large number of drivers are not trained in highway driving. Boozing is also a problem. In times of crisis drivers tend to press the accelerator instead of the break,” he added.

Not just accidents, a wave of crimes, looting at gunpoint and kidnapping from the Expressway are deterring users, many waiting for the renovation of the older Agra-Delhi national highway to be completed.

“Speed on the older highway is restricted by hectic construction activity on a number of flyovers but once this eight laning work is completed, most motorists would prefer to use this coal-tar based road rather than the concrete Yamuna Expressway,” frequent traveller Ranjan Sharma told IANS.

Meanwhile, the 305 km Agra-Lucknow Expressway opened to traffic on Thursday, after one side of a ROB (road overbridge) in Shikohabad was opened. “This tar-road is such a delight and comparatively safer, perhaps because it is not elevated like the Expressway, so one has to remain alert all the time,” said company executive Vishal Jha, who took a long drive on it. (IANS)