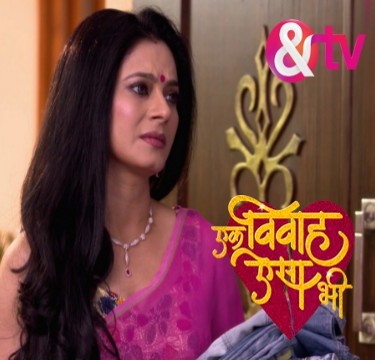 Sonali Nikam takes tips from her beautician for TV show

Mumbai– Actress Sonali Nikam, who will be seen managing a beauty parlour in the TV show “Ek Vivah Aisa Bhi”, is taking tips from her beautician.

“When I get a role that has a challenging task to do, I make sure I give my 100 per cent to master the art of it,” Sonali said in a statement.

“Knowing that my character needs me to manage a beauty parlour, I decided to get myself hands on to all the jobs and services they provide — from shaping the eyebrows to massaging. I also looked up few videos on YouTube and took assistance from my beauty artist to master it,” she added.

Composer Amit Trivedi, who has given music for films like “Aisha”, “Lootera”, “Queen”, and “Udta Punjab”, will be performing six of his raw renditions on “MTV Unplugged Season 6”. He will also play tribute to late singer Labh Janjua on the show.

Trivedi’s episode will be aired on Saturday.

“Aahatein”, “Sham”, “Gubbare”, “Shubharam” and “Love you zindagi” are some of the tracks that Trivedi will perform, apart from Janjua’s “London thumakda”.

“This is my second stint with ‘MTV Unplugged’ and it feels so good to be back on the show. The kick that you get when you sing the raw rendition of your songs is just phenomenal and cannot be explained,” Trivedi said in a statement.

“I performed on some of my favorite tracks on ‘MTV Unplugged Season 4′ and this time around too I am singing six tracks that are close to my heart. It was a joy going ‘Unplugged’ and I hope the audience likes it too,” he added.

Actress Shivangi Joshi, who is gearing up for her onscreen marriage in popular soap opera “Yeh Rishta Kya Kehlata Hai”, got emotional after watching her real mother helping her for a pre-wedding sequence on the show.

The cast of the show recently shot for Naira’s (Shivangi) ‘haldi’ sequence. For the same, Shivangi’s real mother helped her around on the set.

“My mother really enjoys being on set while I shoot. And most recently, with the wedding sequences being shot, she’s been around all the time helping here and there in every way possible,” Shivangi said in a statement.

“Recently, we shot for my ‘haldi’ sequence and I wasn’t even aware that she actually prepared the ‘haldi’ for the sequence. I was surprised at first, but later understood as I saw her enjoy with the crew helping them prepare for the sequence,” she added.

“Yeh Rishta Kya Kehlata Hai” is aired on Star Plus.

Kunwar was even taken to hospital, but returned to the set after a day.

“This was unfortunate, I had to roll down some tears during this action sequence, and seconds later, I had an excruciating pain, eyes turned red. We waited, but it got worse within minutes and they rushed me to a hospital.

“The doctors couldn’t figure the exact cause and every passing minute added to the pain,” Kunwar said in a statement.

He said the production team was supportive.

“They were accommodating, but we had a telecast issue and we couldn’t have waited for another day. They sent a car as I couldn’t drive or even keep my eyes open. Just an ugly side being an actor — you cannot afford to stay back and rest as huge production costs are involved. I’m going to have a few days to relax after ‘Naamkarann’,” he added.

“Naamkarann” is aired on Star Plus

Mumbai–Actress Kritika Kamra says that sometimes she gets nervous while reading the script of her TV show “Prem Ya Paheli Chandrakanta”.

“I’m not finding any problems while shooting the scenes, but sometimes while reading the script I get nervous as there are these big words in Hindi and Urdu. I face little difficulty while reading it at length so I spend extra time in rehearsing the same,” Kritika said in a statement about the Life OK show.

She has also downloaded a Hindi translator application on her phone. It helps her with the meaning of words and easy pronunciation.

Dancer-actor Salman Yusuff Khan has credited his popularity to dancing and says it holds a special place in his heart.

“Dance holds a very special place in my life. Whatever I am today, I owe it to all the esteemed platforms that gave me the opportunity to showcase my talent,” Salman said in a statement.

Salman will bring a surprise for the contestants of “BIG Memsaab”. To increase the competitiveness in the show, Salman will introduce some challengers who are selected in consultation with the show’s judges Karishma Tanna and Sambhavna Seth.

He says that it’s a pleasure to come on the BIG Magic channel’s show.

“It is providing a huge platform to housewives by giving them a chance to prove their dancing skills and live their passion,” he added.

Mumbai–Actor Govindas wife Sunita Ahuja has revealed that she used to keep veteran actors Amitabh Bachchan and Dharmendras photographs by her side when she was pregnant because she wanted a handsome child.

Govinda and Sunita appeared on “The Kapil Sharma Show” to promote his film “Aa Gaya Hero”.

During one of the conversations in the show, Sunita went on to mention that she wanted a handsome son like Amitabh or Dharmendra.

It all happened when Navjot Singh Sidhu, who is seen as a permanent guest on the show, started praising Govinda’s son Yashwardhan’s look.

“Sunita mentioned that when she was pregnant, she used to have the pictures of the two Bollywood stars. Govinda, Kapil Sharma, Sidhu and everyone present on the set could not hold their laughter,” said a source from the set.

Actor Mahip Marwah, who started a fashion clothing brand Honey&b earlier this year, says he got inclined towards fashion after acting in various TV shows.

Mahip, best known for his roles in shows like “Rabba Mein Kya Karoon”, “Parichay” and “Parvarish”, is currently focusing on his online fashion brand. But he says he would love to return to the small screen soon.

“I started Honey&b earlier this year. For the same, I have been working since a long time, so I took break from acting. Though acting comes naturally to me, as that is what derived my fashion sense,” Mahip said in a statement.

“My last show was ‘Parvarish’ on Sony Entertainment Television. I am now looking forward to doing some more acting in near future,” he added.

Mahip is also a model.

“Modelling will always be my first preference because it has taught me a lot like how to face the camera how to pose or walk on the ramp in front of so many people,” he said. 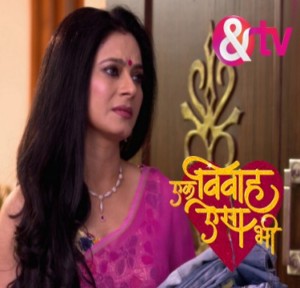 Actors Abhishek Malik and Sonali Nikam, the lead pair of new TV show “Ek Vivah Aisa Bhi”, visited the iconic Taj Mahal in Agra during the promotions of the show.

While on a promotional tour to Agra earlier this week, Abhishek and Sonali took time out and visited the monument.

“Agra is a beautiful place and is a very welcoming city. The love and appreciation we received from our fans was very warm and we had a gala time going to the Taj Mahal. It was such a memorable experience and I shall cherish the same,” Sonali said in a statement.

Abhishek said: “Agra has always been welcoming and it’s always a pleasure to go visit the city. Our visit to the city was filled with excitement and enthusiasm and meeting and greeting our fans especially when we visited Taj Mahal was like a cherry on the cake.”

Paritosh Tripathi, who is seen co-hosting the popular singing reality show “Indian Idol 9” along with Karan Wahi, got emotional on the set when he met actor Govinda.

“My costume had almost all his movies names from ‘Hum’, ‘Khuddar’, ‘Hero No.1′, ‘Coolie No.1′, to his upcoming movie ‘Aa Gaya Hero’. I am a very big… Or shall I say biggest fan of Govinda sir since my childhood,” Paritosh said in a statement.

“So, when my idol was standing next to me, I couldn’t control my emotions as that person inspired me to be an actor,” he added.

Expressing his excitement about sharing the stage with Govinda, Paritosh said: “It was a priceless moment for me when he came on stage, hugged and danced with me. A moment to treasure for my lifetime and of the best moment of my life till date.

“I conveyed my feelings and emotions through Govinda sir’s movies names that cannot be expressed through any dialogue. Thank you ‘Indian Idol’ for giving me the chance to meet my idol.”