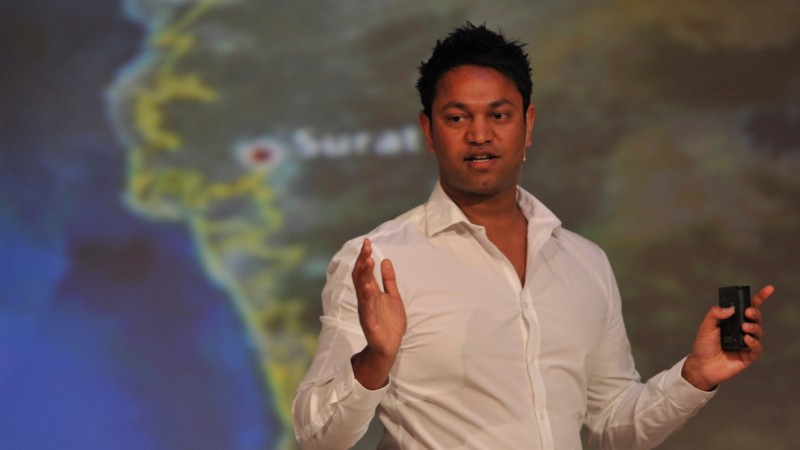 Mumbai–The heart-warming, real-life story of Indian-Australian businessman Saroo Brierley is being celebrated globally through the film “Lion”, that has been winning awards and has earned several Oscar and BAFTA nominations. He says the success of the homecoming story is unimaginable and wants it to bring hope to those who may be going through what he did.

“I am humbled and touched that the film has been chosen for six Oscar nominations. I never imagined my story would get that (an Oscar nomination),” Saroo told IANS here.

“For me, more than winning awards, I want the film to penetrate as much as it can for those kids and parents who are going through the same situation. I want those kids to be motivated and inspired, who are vulnerable, not knowing where they are coming from, who their parents are,” he added.

Born in Madhya Pradesh, Saroo got separated from his poor family — mother, two brothers and sister — and was adopted by an Australian couple from a Kolkata orphanage. While his Australian parents gave him all the love and privilege to lead a good life, he kept on searching for his birth mother and, finally, using Google Earth, met her at Khandwa after 25 years.

Asked what made him persist with the search, Saroo said: “I think the love and bonding I share with my real family, affection of my mother, love and bonding with siblings, drove me to continue the search. I used to think that my brother Guddu is still screaming my name.”

However, once he was taken to Australia, he gradually got accustomed to Western culture and forgot his native language Hindi.

“You see, I was just five years old then (when I got separated from my biological family), and had never been to school as we were living in a slum and my mother had no money to send us to school. So, my vocabulary was underdeveloped anyway.

“When I went to school, in the beginning, for some time I did not understand the language, but slowly I adapted. I was a happy child then,” recalled Saroo.

“I was quite popular in my school as I was good in sports. I played a lot of games and, as a kid, I never lived in a shelter. Rather, I openly mingled with other kids. So I was quite a normal child in school and never faced any racism.”

Once he met his birth mother after 25 years, he wrote a book, “A Long Way Home”, and then director Garth Davis made the film “Lion” based on the story. When asked about the transformation of the story from his memories in the book to film, Saroo said: “I relived those days through the film all over again.”

Born with a Muslim name Sheru Munshi Khan that changed to Saroo Brierley after his adoption, he says he does not follow any religion.

“I was never introduced to any religion from my childhood. Later, when I was adopted, since my Australian parents were not religious, I did not follow any religion. Nevertheless, I believe in the power of the universe. I am thankful to the universe that curved my path to an incredible journey of my life. Without that positive energy (of the universe), I would not be still around,” Saroo said.

“Lion” will release in India on February 24.