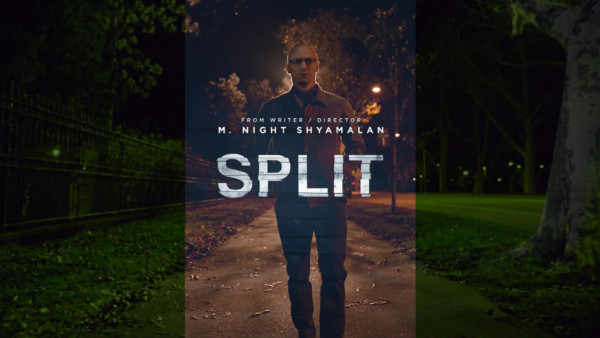 A survival thriller anchored by a mesmerising performance by James McAvoy, “Spilt” is the tale of a man with an identity disorder. 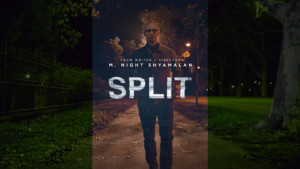 Kevin is living with 23 different personalities in his head. One of them, Denis, kidnaps three young ladies; two popular and well-adjusted friends (Haley Lu Richardson and Jessica Sula) and the introvert and troubled teen, Cassie (Anya Taylor-Joy). The girls wake up locked in a basement with no idea where they are and who they are dealing with.

Over the period of their imprisonment, some of the personalities the girls have to deal with are: Barry – a fashion designer, Hedwig – an impish child, Patricia – a steely woman devoted to order and Dennis – an imposing personality.

The altered personalities, or “alters” as they are called, are preparing for the arrival of a new persona, one they refer to as simply The Beast. And sacrifices are needed for his coming.

To make the film seem wholesome, there are scattered interruptions from Kevin’s shrink and some flashbacks from Casey’s childhood, which work as the backstory.

The story kicks off immediately without any fuss, but very soon you realise that while the premise is intriguing, the missing grit in the plot makes the film yet another hollow overture of a horror thriller.

It is only near the end when Kevin sees the scars on Casey’s body and stops himself, telling her, “You are different from the rest.” And he roars, “Rejoice! The broken are the more evolved! Rejoice!” You realise that there is a faint layer hidden that makes “Split” a meaningful film.

In other words, though the central character of the film is a man with a split personality, the film also tells the story of a split in the world, where a young woman is able to combat evil because of the strength she has developed from her dreadful personal trauma in the past.

With the crude principle of ‘what does not kill you makes you stronger’, the film elaborates on the suggestion that knowledge to survive comes with an unbearably high price as it shows how “normal” women are left vulnerable, unprotected and ill-equipped to fight for themselves.

In terms of tone and execution, the film is more of a thriller than outright horror. Also, although the director indulges in the genre elements, he does not commit to it seriously. He treats the premise and the danger the girls are in with great seriousness, but the plot still skirts the issue light-heartedly, making the entire process staged and far from being an immersive experience. The climax too wavers from serious to seriously ridiculous.

McAvoy delivers an astonishing chameleon-like performance as he transforms himself again and again, finding different ways to be creepy and menacing, never overdoing the same note. The camera captures his oddities, allowing us to nervously laugh, especially during the introduction of Patricia or as Hedwig, where he uses a lot of faux grave facial expressions.

Taylor-Joy is natural in a restrained performance as Casey, playing a scared and scarred young woman but a fighter worth rooting for who rises to the many challenges.

The rest of the cast are merely perfunctory. (IANS)