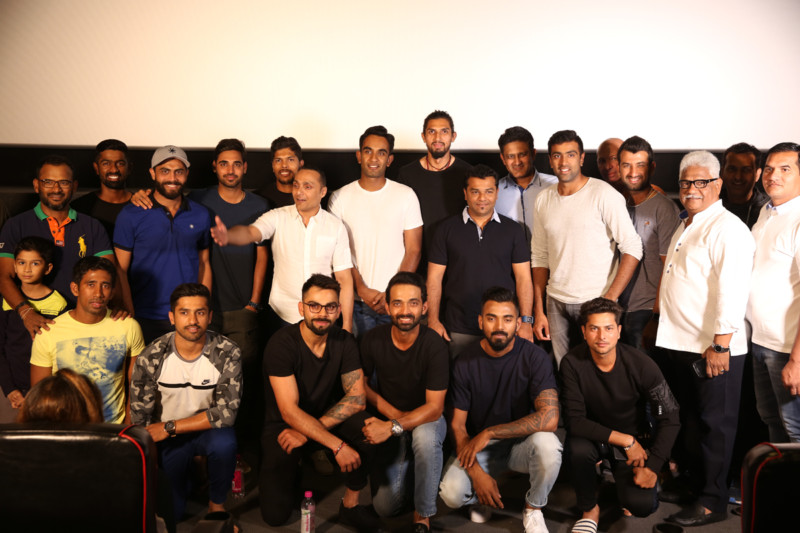 Mumbai– Rahul Bose’s directorial “Poorna” — a biopic on a teenager who became the youngest girl in the world to scale the Mount Everest — has found fans in cricketers like Virat Kohli and Anil Kumble and many others.

Rahul has produced, directed and acted in “Poorna”.

After a special screening of the movie for Indian cricketers here, the guests were all praise for the inspirational tale of real life star Poorna Malavath, a 13-year-old girl from Telangana who created history on May 25, 2014, by scaling the highest mountain peak.

Terming it a “special film”, Kohli said: “We all were very moved by it, and there’s so much to learn from the film as well… It teaches us a lot things — if we believe in something, it can be achieved and there has to be a bigger reason behind it.”

Kumble found it “inspirational” and described it as a “wonderfully documented story”, while Karthik felt touched by the story.

“I hope a lot of people watch this movie because it’s not just inspiring for a sportsman, it’s inspiring for everybody. Like the title goes ‘Ladkiyan kuchh bhi kar sakti hai’, it’s a wonderfully put movie. A lot of people can draw a lot of inspiration from the movie,” Karthik said.

Pujara said a huge learning from the film is that “age is just a number”.

“Once you aspire for something, you can always achieve it,” he said. (IANS)