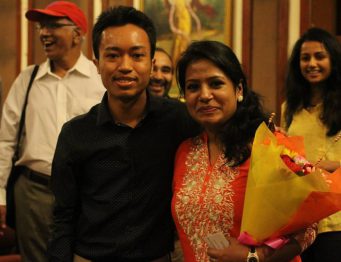 Kolkata–Highlighting the misuse of anti-dowry provisions of section 498A of the Indian Penal Code, documentary feature “Martyrs of Marriage” advocates gender-neutral laws and legal amendments in law to curb its misuse, its maker said here on Sunday.

“It brings out the male side of the story. When it comes to gender-based violence, we don’t really recognise men as victims. This is the first time the other side has been shown,” Deepika Narayan Bhardwaj told IANS at the screening of the documentary here organised by NGO Hridaya.

Made over a period of four years, the film captures perspectives of lawmakers, judges, advocates, police officers, social activists, and men and women’s rights activists, among others.

It presents real-life stories of victims of false 498A cases and families of men who committed suicide because of the harassment, said Bhardwaj.

“It brings out voices of those who have been victims of abuse of the section. Men are also victims of gender violence and, in India, the laws are essentially for women, not for men,” she said.

Screened in six cities, Bhardwaj said the documentary has received “overwhelming response in favour of the idea that laws should be neutral” and “amazing response from the judiciary itself”.

“My documentary brings out cases where a lawyer is advising women to rehearse the complaint that she has filed. It showcases fabrication of complaints and the exorbitant amounts that are demanded as settlement of cases,” she said.

“My aim is to screen it for lawmakers, screen it in Parliament so that they understand how misuse of the section leads to suffering of an entire family,” she said, adding that men seeking help can reach out on the helpline: 08882498498. (IANS)