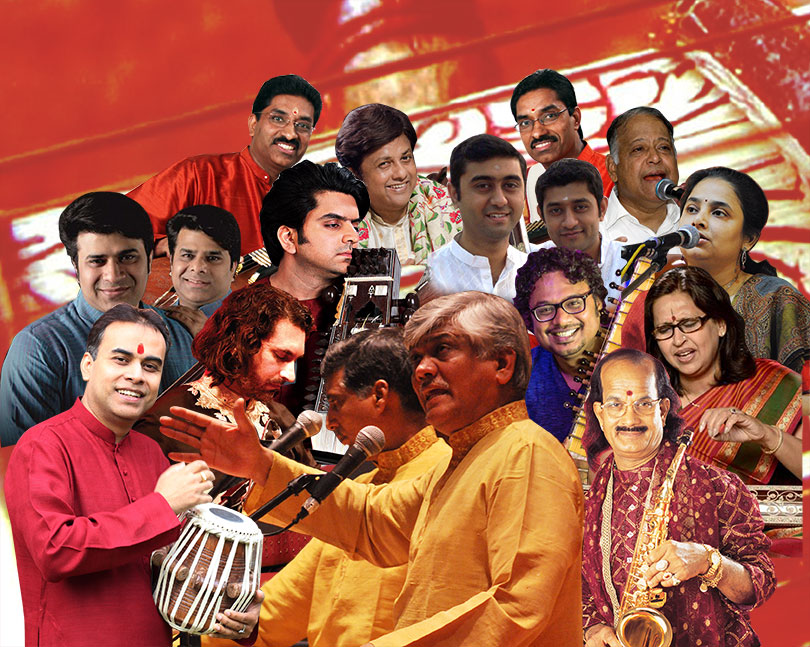 WALTHAM, MA—LearnQuest Academy of Music, a non-profit institution that provides formal instruction in Indian classical and light music, announced the line of both Hindustani and Carnatic artists for its  flagship 12 Annual Music Conference and Festival, which will he held April 14, 15 and 16th at Regis College in Weston, MA.

“As in previous years, this year too we are excited to bring to the music lovers of the New England area some of the great  maestros of Indian Classical Music of our times,” said Anish Khanzode, Chair of the 12 Annual Music Conference and Festival.

“In addition to featuring these established masters of Indian Classical music, we plan to feature concerts by several star musicians of the younger generation. One of the highlights of the conference is a number Jugalbandis (duet concerts) which

Pradeep Shukla, President of LearnQuest Academy of Music, said he was excited about all the artists performing this year.

“We are happy that this year’s conference will feature a variety of instruments both ancient and modern, such as Veena, Sarangi, Flute, Sitar, Slide Guitar, Saxophone, Violin, Santoor, Tabla, Pakhawaj and Mridangam,” said Shukla.  “We are especially looking forward to a Sitar-Sarangi jugalbandi by young artists, which has never been presented in our conference before.”