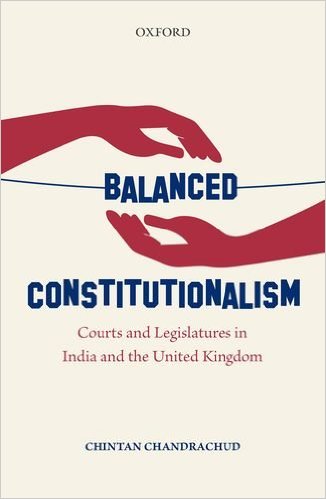 Jaipur–Does the rise of judicial activism, the conflict between the judiciary and the executive and the inability of parliament to properly carry out its mandate imply the Indian Constitution warrants a relook? And why is it so long anyway?

On the contrary, the conflict signifies the constitution is working and fulfils the vision of its makers’, especially its father Dr B.R. Ambedkar, that it doesn’t become the preserve of any branch of the government and there is no single final authority or institution that can claim its exclusive custodianship, contended legal and policy experts at a session entitled “We The People” on the opening day of the 10th Jaipur Literature Festival here on Thursday.

And while the future of the Constitution is contingent on the functioning of Indian democracy, it must be noted that there are no constitutional disputes in the Indian political scenario like the disputes between political parties, they said,

Also rather than being concerned about its length, we should give ourselves a pat on the back for “the most successful constitutional experiment in history” for the length of time it has been in service and that it is still an evolving document, “given that the average life span of a constitution is 20 years” and witnessing the struggles that Iraq and Nepal are having over it, said lawyer Chintan Chandrachud, who holds a doctorate in the subject from Cambridge and is the author of the recently-released “Balanced Constitutionalism: Courts and Legislatures in India and the United Kingdom”.

However, he faulted the apex court’s refusal to “abide by any coherent form of jurisdiction, terming it” a sort of Panchayti Adjudication”, where they “sit in panels without any reference to doctrine and come up with incoherent judgments”, citing one bench upholding the legality of a penal provision against gay sex and another says that transgender persons need protection.

Senior Supreme Court lawyer Ashok Desai observed that the tensions between the the three wings of government in India also arise because “today, executive is not prompt, parliament doesn’t want to function as parliament, and courts are handling functions that don’t belong to them”.

As far as the question of length goes, this was debated in the Constituent Assembly itself but ensued because it incorporated “alien ideas”, said Madhav Khosla, the inuagural B.R. Ambedkar Fellow at the Columbia Law School.

“Nothing in India is a given. We have to take a text to explicate principles that others take for granted,” said Khosla who is also author of “The Indian Constitution” in the series of India-specific issues brought out by the Oxford University Press on the pattern of its Very Short Introductions.

Centre for Policy Research President Pratap Bhanu Mehta, who conducted the session, also observed that the constitution was made in a most inclusive atmosphere with “Ambedkar’s wish to accommodate differences of all kinds. Ambedkar’s definition of constitutional morality was neither socialist, nor capitalist. It was meant to be a mode of association that will allow all the opinions to coexist.”

On the issue of the Uniform Civil Code, the participants were united in their belief that it is a “critical area” in a society, which Hindu or non-Hindu, is deeply patriarchal and its success needs people like those led by Pandit Jawaharlal Nehru who made the Hindu family law fairer than it was originally, while noting there are certain provisions that the majority community would be averse to losing like the tax-saving ‘Hindu Undivided Family’. (IANS)

My mother is the reason I’m here now: Anuradha Roy

Jaipur Literature Festival comes of age, time to get over ‘darlings of social media’