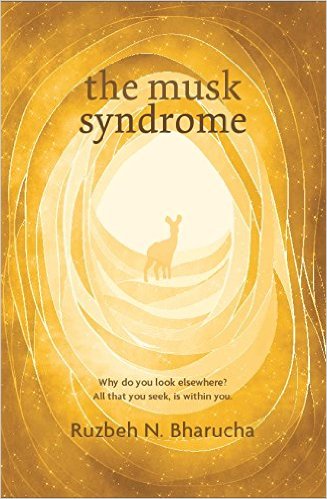 Flick through a fresh perspective on the battle of Kurukshetra, relish the magic of a spiritual life that is said to lie within each one of us and explore the various unknown facets of the Indo-German relationship in a single treatise.

The IANS bookshelf for this week offers an exciting mix of fiction and non-fictional reads.

The battle of Kurukshetra has come to its catastrophic end after eighteen long days. As Ashwatthama, the lone survivor of the Kaurava camp, slowly regains consciousness, he realises, to his horror that he has been condemned to a life of immortality and leprosy by Krishna, the mastermind behind his opponents’ victory.

Burning with hatred for the Pandavas for killing his friend Duryodhana and stricken with anger at his own fate, he vows to seek revenge. When he hears of an infallible gemstone that promises to restore his mortality and cure his leprosy — and allows him to exact vengeance — he is determined to go to any length to acquire it. But he finds himself facing an impossible choice, for his quest could result in the death of the woman he loves.

An exhilarating tale of passion and redemption, Palace of Assassins masterfully recasts the events in the aftermath of the great war and presents Ashwatthama, one of the most misunderstood characters of the Mahabharata, in a whole new light.

Through the Musk Syndrome, the author makes a very simple but profound point that just like the musk deer searches all its life for the scent that emanates from it, we humans too look everywhere for peace and happiness but fail to look within ourselves. In his anecdotal style, often taking instances from his own life, Ruzbeh demonstrates the strength of our thoughts and actions; our beliefs and practices; and the power of the mind and spirit that we often fail to understand.

The book, edited by the Indian ambassador to Germany, brings together, in a single treatise, a set of industrialists, academicians, diplomats and journalists to explore various facets of the Indo-German relationship.

The sixteen chapters explore political, economic and scientific spheres that encompass the partnership between the two countries. The choice of topics aims to be illustrative and manifests the diversity which exists in the Indo-German partnership. Each chapter presents diverse viewpoints from a German as well as an Indian expert.

While the basic elements of the Indo-German Partnership provide an entry into the topic, the book focuses on other pillars of the relationship that will provide opportunities and present challenges in the foreseeable future.