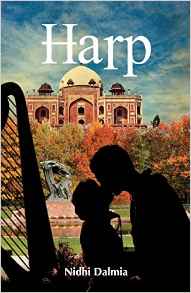 New Delhi– Flick through interesting anecdotes from foreign travels; read the story of a war that is paralleled by disruption and the corruption it brought to Nepalese society. Also engage with the cultural, sexual scene, revolutions, and the music of the 1960s, and witness an intense battle of wills where school toppers overcome their demons only to unleash those lying in wait within others.

“My Life My Travels” is a lively and engaging travelogue. Life in itself is an extraordinary journey but the journey of the external world is colourful, inimitable and more challenging than the internal world. All of us keep travelling from one place to another but travelling, and travelling with an insight, are two different things.

There has not been any limit to the travels abroad for the author in the last 15 years. Whenever he goes to a new place, he tries to compare its lifestyle, civilisation, traditions and discipline with those of our country. This book is a compilation of the anecdotes of his foreign travels.

For years, Nepal was ravaged by a civil war. On one side was the king and an elected government, on the other side were Maoist revolutionaries who terrorised the countryside. One night after years of war ended, most members of the Nepalese royal family were assassinated.

In reality, the Crown Prince shot all of them and then himself because he could not marry the woman he loved. The story that most Nepalese believe is that the King was assassinated because he was secretly working with the Maoists to destroy the government.

“Kathmandu Days” is a great novel for anyone interested in reading about political conspiracies.

Set in the context of the zeitgeist and idealism of the late 1960s, “Harp” is about love, longing and coming of age. The three main protagonists — a young man travelling in a Europe-less-travelled including the Iron Curtain, a young woman who has a calling to music, and another young woman who has loved and lost once — provide the frame of this narrative.

The book deals with journeys we make across countries, even as we embark on a private quest within to know ourselves better, and to seek what it is we really want from life.

Moving through India, Europe and the US, “Harp” follows the lives of these three young people as they engage with the cultural, sexual and student revolutions — and the music of the 1960s.

At the elite Woodsville school, manipulation and lies reign supreme. In the quest for the coveted spot of Head Scholar, stakes are raised, sides taken and the student body is turned into a pawn in a vicious game played by the school’s toppers.

Witness an intense battle of wills where the toppers overcome their demons only to unleash those lying in wait with others. Chaos and mayhem become weapons in their hands as the facades slowly begin to crumble. But in their fight to be the best, they forget one thing: that there is always someone better. Fast-paced, riveting and intense, “Toppers” is the edge-of-the-seat dramatic thriller you’ve been waiting for.