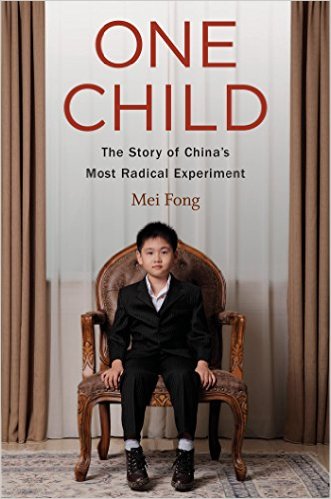 Jaipur–Population control, a vital goal for both China and India, can be better achieved by empowering women instead of coercive methods like Beijing’s “one-child” drive, says acclaimed journalist Mei Fong who has extensively studied the policy and its deleterious demographic and economic effects.

“Chinese and Indian societies, both of which are patriarchal, must realise that marriage and giving birth to babies (preferably male) is not the sole purpose of women, nor desirable early.

“Allowing women choice as to their education, jobs and methods of contraception is more viable for controlling population, rather than forced and ‘quick-fix’ methods like sterilisation, abortions and quotas,” the Pulitzer Prize-winning Malayasian Chinese-American journalist told IANS in an interview.

Fong, who covered China for the Wall Street Journal and has authored “One Child: The Past and Future of China’s Most Radical Experiment” (One World/Pan Macmillan, 2016), listed the several severe and unwelcome outcomes of the policy, begun in 1979 as China under Deng Xiaoping tried to accelerate economically.

“It has led to a severe gender imbalance… there are many ‘villages of bachelors’ across China, there is lack of care for the elderly, and a falling birth rate, which will impact on the workforce China needs to remain a low-cost global manufacturing hub,” said Fong, who addressed a session at the Jaipur Literature Festival 2017.

Then the “Little Emperors”, or boys who were born under the policy — with Chinese no less keen than Indians on a male child — have a different mindset, she said. “They have received so much adoration… this can stifle innovation and entrepreneurship.”

Their parents, keen to get them a good match, have got them apartments to increase their attraction, leading to an artificial high in urban estate prices throughout China, she added.

On the other hand, though the lesser number of women are eagerly sought after, this has not made a difference in their status.

“The laws of economics do not work in a patriarchal system… women are more valuable, but not valued. They have been commodified and this fuels sex trafficking.”

Though Chinese authorities had relaxed the policy as her book was getting ready in 2015 and now had a two-children norm, “women’s fertility was not a tap that could be turned off and on” and it was going to take long for the adverse effects to be mitigated, Fong told IANS.

It has led to a “strange role reversal” where the Chinese are going to America for babies, since it has better medical facilities and allows surrogate parenting.

She also cited the traumatic and bizarre circumstances that she had come across while researching the book, including a woman who was one of the “population police” reporting illicit pregnancies and involved in almost 1,500 forcible abortions including third in late stages of pregnancy, but herself having only a daughter and needing to adopt a son.

“This woman now lives abroad in hiding and her favourite pastime is giving candy to children,” she said.

She also recounted the case of a Chinese company once making furniture but now not finding it viable and switching to making full-size sex dolls. “They ship them out in coffin-like boxes… it is creepy,” she said.

Fong also told IANS that there were many other “explosive stories” of traumatic experiences of the one-child policy, which she faulted as being based on a “faulty mindset” of all men deciding a policy for women, and going on so long without a course correction.

“They thought women’s fertility was a machine that could be speeded up or down… whether more humane policies, though taking a little longer, but less coercive, would have achieved the same purpose with lesser side-effects,” she said, adding the worst is that is that it was not the policy, but relaxing of socialist controls, that led to China’s economic boom.

“Government social policies can work. The problem is when fast results are sought,” said Fong. (IANS)